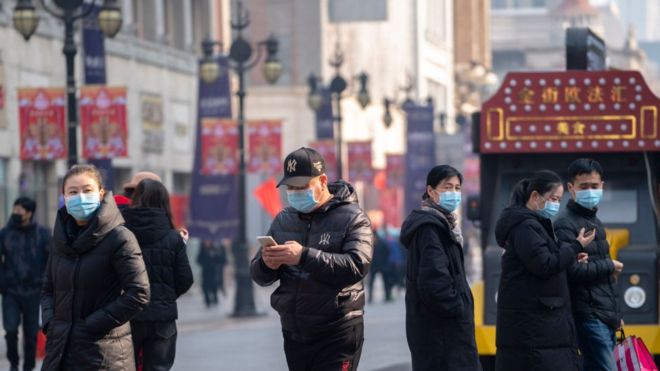 156
SHARES
1.5k
VIEWS
Share on FacebookShare on TwitterShare on Whatsapp

On Monday, the Bank of England said it continued to monitor developments and was assessing its potential impact on the global and UK economies and financial systems.

“The Bank is working closely with HM Treasury and the FCA (Financial Conduct Authority) – as well as our international partners – to ensure all necessary steps are taken to protect financial and monetary stability,” a spokesman said.

Japan’s central bank and the US Federal Reserve have also said they are prepared to intervene to stop more big falls on global stock markets.

Buoyed by the news, US stocks opened higher on Monday, with the Dow Jones Industrial Average and S&P 500 indexes both up 0.7%.

On Monday, the privately-run Caixin/Markit Manufacturing Purchasing Managers’ Index showed the fastest rate of contraction in China’s factory activity since the survey was launched in 2004. That followed the release on Saturday of equally weak official numbers.

Both sets of data come after employers across the country were ordered to remain closed after the annual Chinese New Year holiday as part of attempts by authorities to stem the spread of the virus.

The falls, which were even worse than the slump seen during the 2008 global financial crisis, highlighted the outbreak’s huge impact on the world’s second-largest economy.

The OECD said governments would have to step in if the virus worsened, providing extra support for their health systems and emergency loans for hard-hit industries.

“A G20 coordinated health, fiscal and monetary policy response would not only send a strong confidence message but also multiply the effect of national actions,” Mr. Boone added.

Over the weekend senior officials in President Donald Trump’s administration also tried to soothe concerns about the impact of the outbreak, highlighting the US economy’s underlying strength.

US Vice-President Mike Pence, who is leading the administration’s response to the coronavirus, said that the stock market “will come back”, adding that “the fundamentals of this economy are strong”.