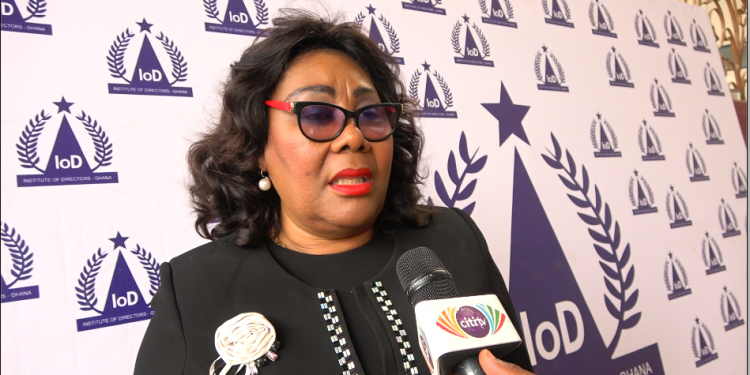 Customers of defunct DKM Microfinance Company, who are still owed monies are to receive their due when the amounts allocated for that purpose, hit the accounts of the Registrar General’s Department.

President Akufo-Addo has assured that the affected customers from 2015, are to benefit from the five billion cedis set out for payment to depositors of some collapsed financial institutions.

The customers of Microfinance companies and Savings and Loans are already accessing their monies after undergoing validation processes.

The Registrar General, Jemima Oware, told Citi Business News the Department will outline the modalities for all customers of defunct DKM with outstanding deposits to access their full claims soon.

“So, what is going to be happening is that we will be topping up whatever was outstanding. It could be cash or a commercial paper. Whatever it is, it is value for money. I don’t have the details regarding whether it is fully cash, but definitely everybody will be given 100 percent; because those we paid up to GH¢10,000, had a 100 percent refund. So, the whole idea is to do the top-up of whatever was remaining,” Mrs. Oware stated.

The Woes of DKM

DKM Microfinance company had its license suspended by the Bank of Ghana in 2015 after it was adjudged to have engaged in businesses that its license did not permit.

The company which was based in Sunyani but had branches predominantly in the northern belt of the country used customers’ deposits for excessive capital expenditure despite its low paid-up capital of GH¢1 million, making it difficult to meet the depositors’ withdrawals on maturity.

The capital expenditure exceeded the Bank of Ghana’s (BoG) specified threshold of not more than 25 per cent of paid-up capital.

According to the BoG, the microfinance company had invested as at May 11, 2015, an amount of GH¢16.06 million in property, plant and equipment, excluding the purchase of three ATMs and new banking software.

Consequently, DKM Diamond Microfinance Ltd resorted to operating what BoG has described as “something close to a Ponzi scheme” – a fraudulent and unsustainable high yield investment scheme that uses high interests to entice unwary investors for the purpose of settling maturing yields.

The Sunyani-based microfinance company which was found by the Bank of Ghana (BoG) to have flouted the regulations of the sector, had its operations suspended in 2015 by the BoG.

Among its violations to regulations of the sector and to the Banking Act 2004 (Act 673), BoG said the microfinance company also maintained unsustainable interest rates despite several discussions and did not keep accurate and credible accounts of transactions in its books, consequentially misreporting to the BoG.

An investment management company, Tesah Capital Limited, has dissociated itself from an alleged Ponzi scheme known as Tizaa Ghana Fund. A...