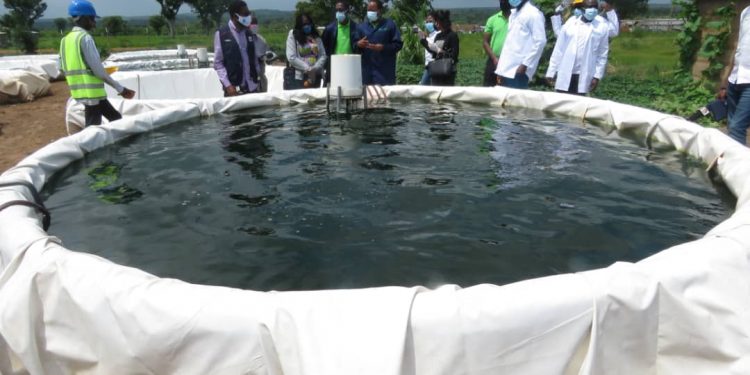 The Bui Power Authority as part of its Environmental and Social Impact Assessment Resettlement Programme has trained over 350 people who were affected by the construction of the Bui Dam in fish farming.

The move is to empower the beneficiaries economically to fend for themselves and their dependents.

The construction of Bui Dam displaced many people within the Bui enclave, and also affected their livelihoods, as many hectares of farmlands were taken over by the project.

369 persons are currently enrolled under the fish farming module.

Community Relations Officer of the Bui Power Authority, Kelvin Asumah, spoke about how the ponds under the fish farming module work.

Some beneficiaries who received their training at the Council for Scientific and Industrial Research ( CSIR) at Fumesua near Kumasi in the Ashanti Region would later serve as mentors for other persons who want to enroll under the project.

Isaac Dugbaza, a beneficiary of the module said, “The training we have received would help us. In fact, we are going to benefit a lot. Our finances are going to improve as we sell. We went to learn how to rear catfish. Now I can say that we have knowledge on how to rear fish.”

Another beneficiary, Samuel Obeng, said, “We went for training in Kumasi on how to rear fish. Initially we did not have any knowledge about the rearing of fishes, but after going for the training we have acquired a lot of skills. This knowledge is going to help us in our lives especially with our finances. When we harvested the first time, it solved some of our problems because when we came here things were difficult.”