Cedi may not depreciate significantly for the rest of 2020 – Economist 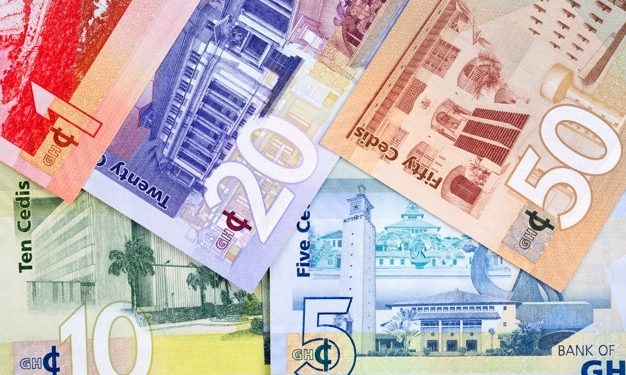 An economic analyst with Databank, Courage Kwesi Boti has said he does not expect the cedi to depreciate significantly against major trading currencies at least for the remainder of the year.

The local currency witnessed a 2.53 percent depreciation against the dollar from January to July 2020.

A look at the performance of the local currency shows that it has enjoyed a good run for most parts of the year.

The cedi, which depreciated against all the three currencies last year, has found a renewed strength and has so far held its own to make some gains.

It started the year 2020 strongly, appreciating by 4.5 percent on a year-to-date basis by the end of February 2020 on the back of the US$3 billion sovereign bond issue, strong macroeconomic fundamentals, and the Bank of Ghana’s forward auction sales, among others.

However, the deterioration in financial market risk sentiment due to the spread of COVID-19 as well as the seasonal demand pressures from the energy and corporate sectors which continue to weigh heavily on the cedi.

But a careful look at the trend also showed that the local currency witnessed a 2.53 percent depreciation against the dollar from January to July this year.

This compares favourably to the sharp depreciation of 9.32% recorded within the same period last year.

Speaking to Citi Business News on the latest development, Kwesi Boti attributed the strong performance of the cedi to the Bank of Ghana’s bi-weekly Foreign Forward Auctions and Spot Market interventions, which is supported by healthy secondary reserves, equivalent to about 4.3 months of imports.

“Currently, the cedi appears supported and with COVID-19 notwithstanding, our reserve position is quite strong to cover about 4.3 months of import cover. COCOBOD has also been granted permission to go to the market and bring some $1.3 billion. When that adds to our current reserve, we talking about ten billion dollars, that should support the cedi, towards the end of the year.”

He however noted that based on the current trend, the cedi is expected to end 2020 with a year-to-date depreciation of less than 5.0% but developments leading to the elections could change investor plans which could however trigger a reversal

“Given that the election is impending and government has had to run a budget deficit of what was originally intended, from the beginning of the year, if investors perceive risk beyond what they can tolerate, it could trigger portfolio reversals. But holding every other thing constant, the depreciation should not be excessive for the remainder of the year. I do not expect it to go beyond 5% annual depreciation for 2020,” the economic analyst with Databank said.