Global Cargo and Commodities Limited, the company cited in the recent 152kg cocaine intercepted at the Tema Harbour says it is confident it will be vindicated at the end of investigations into the bust.

A statement issued by the Narcotics Control Commission (NACOC) named the company as the consignee of the shipment of sugar from Brazil that had cocaine concealed in it.

But in a statement by lawyers of the company it, however, indicated that they rather were clearing agents for the shipment, stressing that the misinformation was having a dire impact on their reputation.

Following the discovery, a number of persons have been arrested and are aiding with investigations.

It has been revealed that the consignment of sugar was to be delivered to Tradepass Gh Limited.

The joint operation by the Bureau of National Investigations (BNI) and the National Security Council Secretariat (NSCS) led to the seizure of the illegal substance which was concealed in a shipment of sugar from Brazil, a statement from the Commission indicated.

It was based on intelligence received that 50 containers of sugar destined for Ghana from Brazil are likely to have substances suspected to be narcotics concealed in it.

Here is the full statement by the company:

RE: 152 KGS OF COCAINE INTERCEPTED AT TEMA.

We write as lawyers for our Clients, Global Cargo and Commodities Limited, Freight Forwarders and Clearing Agents whose headquarters is situated at Tema.

The Directorate and Management of the Company’s attention have been drawn to a Joint Press release apparently issued by Narcotic Control Commission (NACC) in a joint operation with the Bureau of National Investigations (BNI), and the National Security Secretariat NSCS).

The Statement indicated that the (3) three organizations have together undertaken a Joint operation, which led to the discovery of some substances believed to be cocaine in some containers of sugar imported into the Country.

Our Clients name Global Cargo and Commodities Limited was categorically mentioned in the said Statement as consignee of the quantities of the imported sugar supplied by a Company registered in the United Arab Emirates, Sucden, and that the imported bags of sugar were meant to be delivered to TRADEPASS, another Company in Ghana.

The impression however was created in the said Joint release that Global Cargo and Commodities Limited was the consignee of the imported sugar into the country. That impression is totally erroneous and incorrect.

We are under instructions to correct this wrong impression created by that Joint release. We are to emphasize for the benefit of the General Public and particularly for the (3) three reputable institutions that Global Cargo and Commodities Limited WAS NOT the CONSIGNEE, but as a matter of fact, a notified Party, as Freight Forwarders and Clearing Agents. This is the normal practice with the importation of goods both at the harbour and Airport.

All relevant and verifiable documents covering the transaction are available for those who care to find out or investigate. The wrong impression is causing a lot of havoc to the business and reputation of Management and Directorate of our Clients, Global Cargo and Commodities Limited.

It is our conviction that at the end of the day the investigation would conclude and the air soon cleared over the matter. Meanwhile, we are to entreat all and sundry to be mindful of any wrongful and damaging impression that could be created to the Public. 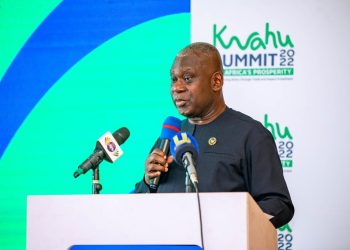 Stakeholders in the trade and industry sector are exploring ways by which the business community can connect to bigger players...