The National Insurance Commission (NIC), says it will soon hit the metropolitan and district business enclaves of the country to intensify its sensitization and enforcement drive on compulsory property insurance.

This was disclosed by the Commissioner of Insurance, Mr. Justice Yaw Ofori in a recent statement.

He indicated that though the Insurance Law, Act 724 of 2006 made it compulsory for privately owned business entities to insure their properties, many are yet to comply.

The law, per Sections 183 and 184, makes it mandatory for all commercial properties either under construction or completed, to have valid insurance certificates.
The compulsory property insurance is to provide financial protection against legal liabilities arising from accidents that cause property damage, bodily injury or death to the public. Occupiers (tenants) of commercial buildings can also benefit from taking fire insurance on their businesses because they may be held liable to the public.

Mr. Ofori cited the June 3, 2015 disaster as a typical example of a commercial property that should provide compensation to victims of the accident.

The impending enforcement exercise, he hinted, is to ensure that Sections 183 and 184 of the Insurance Act are complied with in the interest of owners, occupiers and the general public.

He lamented the fact that many people spend fortunes in setting up businesses but have a foot-dragging attitude towards paying a little premium to protect these investments.

One needs not be an owner before legally insuring a property but an occupier has equal responsibilities too, he stressed.

“People who come on to your property to transact business are seen as invitees as such and you are responsible for their well-being”, he cautioned.

He used the opportunity to clear any ambiguity regarding what property insurance covers. According to him, property insurance is the same as fire insurance as the term is used interchangeably in certain western jurisdictions but conventionally acceptable anywhere in the world.

He also indicated that it is not only the peril, fire, that is covered but other perils such as earthquake, flood, thunderstorm, burglary are all covered under fire insurance.

He stated that as a country, earth tremors occur and the Richter scale records between 2 to 3 tremors monthly without people noticing.

He said although the law was not specific about churches and other religious places of worship, it is important to have them insure their properties because they could be held liable for property damage, injuries or death to the public arising out of their negligence.

The Compulsory Commercial Property Insurance Taskforce comprises officials of the NIC and other relevant stakeholders such as the Ghana Police Service and the Ghana National Fire Service. 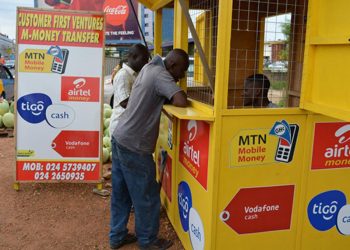