The Automobile Dealers Union Ghana (ADUG) has described the upcoming December polls as a choice between destroying the jobs and livelihoods of their members or maintaining same.

According to the General Secretary of ADUG, Clifford Ansu, even though Parliament passed a number of Bills before going on recess ahead of the December elections, it failed to amend worrying aspects of the Customs Amendment Act which they say will lead to job losses.

While former President John Mahama has promised to scrap the law that bars the importation of salvaged vehicles into the country, government has suspended the implementation of the same law which was to have come into effect on November 1, 2020.

Speaking to Citi Business News on the way forward, Mr. Ansu said they will take steps to protect their businesses.

“You know our concerns, and we’ve been saying this on TV, radio and at press conferences. We even went as far as the Presidency, where President Akufo-Addo asked that we engage further with the Ministry of Trade but nothing came out of those meetings,” he added.

The Customs Amendment Bill was passed on Tuesday, March 3, 2020.

Per the Bill, the government will stop the importation of used vehicles that are older than 10 years and salvaged cars.

However, the Automobile Dealers Union finds this decision unfair.

“If the car’s fender, bonnet, boot, or other part is broken which somebody can buy and import into the country, I don’t think that those ones should be banned. But the ones that cannot be driven at all, a vehicle that has been damaged or caught by fire or the body is totally condemned, nobody will even invest their money in and buy them to import them into this country. So if you go on to say that there is a broken part and for that matter, those things are not going to be allowed, then I think that it’s rather unfortunate,” Mr. Ansu said.

He added that: “We have a lot of cars that are even older, even more than 40 to 50 years old, and they are still allowed to be driven on our roads. What are you going to do with those ones? But you say you are going to ban a car that has just a few parts broken,” the Secretary of the Union, Clifford Ansu stated on Eyewitness News.

Car dealers had over the months taken on government over the newly amended Customs Amendment Bill.

Although government subsequently deferred the implementation date, the Automobile Dealers Union want the law banning the importation of salvaged and over-aged vehicles. 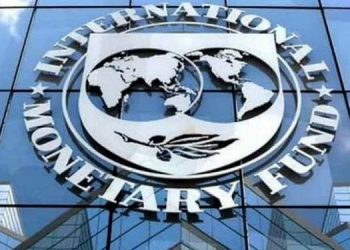 Officials of the International Monetary Fund (IMF) will arrive in the country on Wednesday, July 6th to begin negotiations with...