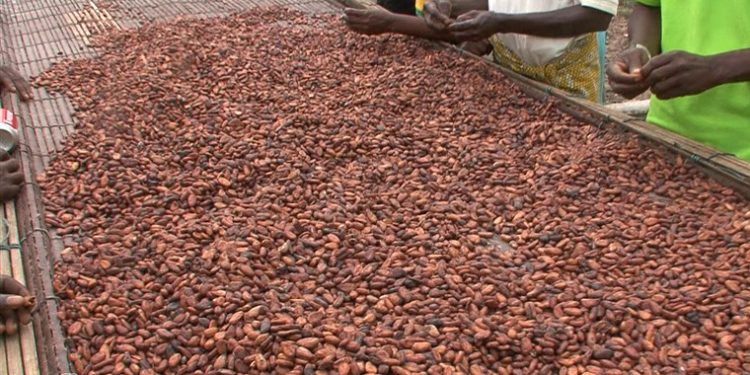 Cocoa Farmers in the Western North Region are calling on government to release funds to the Local Buying Companies (LBCs) to enable them pay for their produce.

Shortage of money at cocoa buying companies is causing a lot of financial constraints to farmers as they seek to settle their wards for school.

Over the years, cocoa farmers in the Western North Region have been relying solely on the income from their cocoa produce in financing their children’s education. Even though there is Free Senior High School, some amount of money is still needed for provisions and more importantly fees for those in the tertiary institutions.

However, majority of Local Buying Companies in the region have not been able to meet demands of their farmers in terms of payment for the sale of cocoa produce.

Speaking to Citi Business News, some of the farmers are calling for government’s intervention while others along the borders are threatening to resort to Ivory Coast to sell their cocoa for money.

“We’ve been in this difficulty since Christmas. Preparing our children for school following the reopening has been a very big challenge. We beg government to release funds for us. This year’s yield is lower compared to last year since we only get a bag or 2 for each harvest. We intend sending the cocoa to Côte d’Ivoire for money,” Agya Obour, a farmer lamented.

Another farmer, Orlando Obeng noted that, “Our problem is that the Purchasing Clerks are not getting money to pay us. I don’t even know how to get GHS800 for my son in University of Ghana, Legon following his request. We are pleading with government to intervene.”

“We are now keeping the cocoa produce in the room after drying because the PCs are claiming there is no money. We are close to Côte d’Ivoire and will send the cocoa there for sale after a little wait on government,” Stephen Boateng, a farmer also stated.

Meanwhile, some managers of the local buying companies refused to respond to the complaints of the farmers.

But the District Manager for Wiawso ‘A’ Produce Buying Company, Issah Mohammed Waari said the claims of the farmers may be true with other companies but the situation is quite different at their end and seized the opportunity to encourage cocoa farmers to sell their produce to the produce buying companies.