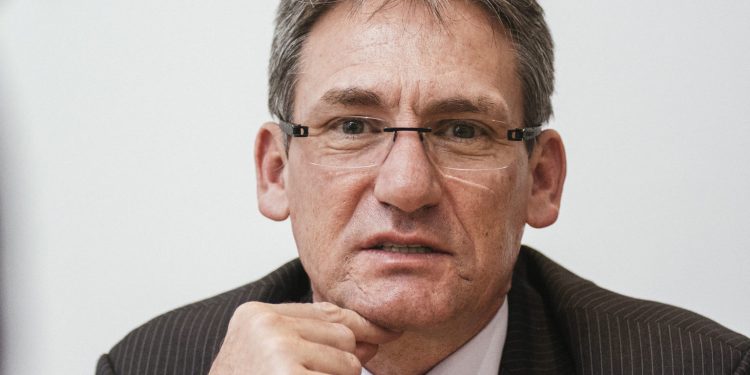 The Board of Gold Fields announced the appointment of Chris Griffith as the Chief Executive Officer designate and Executive Director of the Company.

Mr Holland, who was due to retire on September 20, 2021, after 13 years as CEO of the Company, has agreed to retire six months earlier to facilitate the leadership transition.

Mr Griffith, 55, was previously CEO of Anglo American Platinum. He resigned from this position on 16 April 2020 to pursue other career opportunities and is currently on gardening leave until 31 March 2021.

Prior to Anglo American Platinum, which he led as CEO since 2012, Mr Griffith spent four years as CEO of Kumba Iron Ore, another company in the Anglo American stable.

A graduate mining engineer from the University of Pretoria, he had joined Anglo American in 1990 from JCI.

Cheryl Carolus, Gold Fields’ Chairperson, welcomed Mr Griffith on behalf of the Board: “We are delighted that an experienced executive of Chris’s calibre will join Gold Fields. He has deep-rooted operational mining experience and an impressive track record of delivering safe operational performance and leading effective change.

“Creating value for shareholders is paramount, but at the same time the environmental and social sustainability of our Company and value creation for all stakeholders has taken on increased significance. We are confident that Chris is the right person to take the business forward,” she said.

The Board paid tribute to Mr Holland’s leadership at Gold Fields, which he joined as CFO at the formation of the Company in 1998 and led as CEO since 2008.

“Nick has defined Gold Fields as it is today; a global, highly profitable and sustainable company, which is widely considered a leader in its field. In 2008, two-thirds of our production came from South Africa; in 2020 approximately 90% emanated from outside of South Africa with all our mines highly mechanised and increasingly automated,” she said.

“Above all, Nick prioritised safety and wellness at all our operations and during his tenure, Gold Fields has seen a marked improvement in its safety record. At the same time environmental, social and governance issues have been fully integrated into the day-to-day management of the business, further entrenching Gold Fields’ vision of global leadership in sustainable gold mining.

“On behalf of the Board and all our 17,000 employees, we want to thank you for the leadership you’ve shown over the past two decades and more. The Gold Fields of today is a testament to your vision, strategy and leadership,” Ms Carolus concluded.