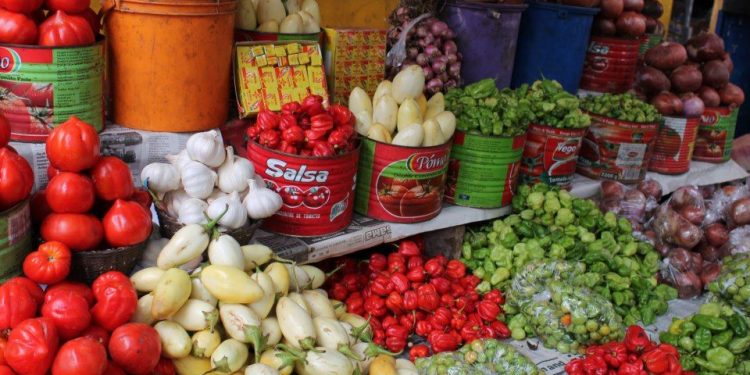 Latest data released by the Ghana Statistical Service, GSS, indicates that the Consumer Price Index (CPI) for December 2020 has increased to 10.4 percent.

The December inflation figure is 0.6 percentage points higher than the 9.8% percent recorded in November 2020.

The Consumer Price Inflation (CPI) measures the change over time in the general price level of goods and services that households acquire for the purpose of consumption.

The increase also shows that government did not miss the revised inflation target of about 11 percent announced in the 2020 mid-year budget statement.

This means that prices of goods and services recorded an increase of 10.4% in December 2020 compared to the same in 2019.

Speaking at a press conference, the Government Statistician, Professor Samuel Annim explained that the high rate of food inflation is the predominant reason for increase in overall inflation in the month of December last year.

“Food contributed 59.1% to the total inflation. This is the highest contribution recorded since April 2020 when COVID-19 started to affect Ghana. The increased rate of food inflation is the predominant reason for increased overall inflation, as, without this increase, year-on-year inflation would have been lower than last month,” he said.

“Within the Food Division, Vegetables (24.2%) was the subclass with the highest rate of inflation, followed by Fish and other Seafood (22.9%). Overall month-on-month Food inflation was 1.5% , 1.2 percentage point higher than last month [November 2020] and higher than both on average in 2020 and in the same month last year.

At the regional level, the Upper West region recorded the least inflation of 2.1%, followed by Volta with 3.8%.

For food inflation, the Upper West region recorded a deflation [reduction in general level of prices] of -0.4%. However, the Greater Accra registered the highest rate of inflation of 19.3%.