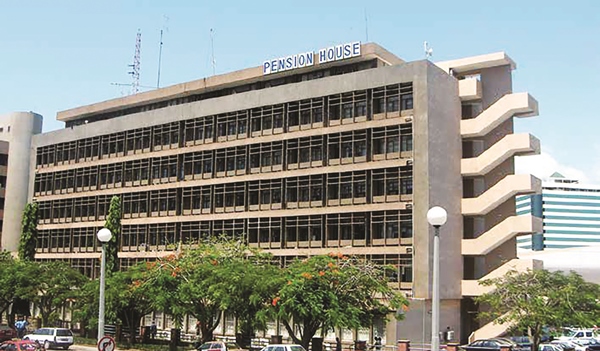 This increment shall be implemented as follows:

All Pensioners on the SSNIT Pension Payroll as at 31st December, 2020, will have their monthly pension increased by a Fixed Rate of 9.34% representing the annual average price inflation, plus a redistributed Flat Amount of GH¢6.47.

Accordingly, Pensioners receiving the minimum pension of GHS300.00 as at 31st December, 2020, will have their monthly pensions increased to GH¢334.49, representing an effective increase of 11.5%.

Redistribution is a mechanism applied to the indexation rate to cushion Members on low pensions in line with the solidarity principle of social security. Low pensions arise as a result of low basic salaries on which contributions were paid.

The minimum pension for all new Pensioners effective January 2021 will be GH¢300.00. This means, pensioners whose computed monthly pensions fall below GH¢300.00 will be placed on this minimum.

The Social Security and National Insurance Trust is a Statutory Public Trust with the mandate of administering the First Tier Basic National Social Security Pension Scheme under the National Pensions Act 2008 (Act 766).

SSNIT is charged with the responsibility of replacing part of lost income to its contributors and their dependents due to old age, invalidity, emigration or death.

The pension a member enjoys under the First Tier Scheme is dependent on the Basic Salary (on which contributions were made) and the number of months one has contributed to the Scheme.

Pensioners will be paid on the third Thursday of each month.

The Management of SSNIT wishes its cherished Pensioners a fulfilling New Year.

GRA to issue certificates of origin for exporting firms under AfCFTA

Ports charges to be increased from March 2021 – GPHA

Ports charges to be increased from March 2021 - GPHA