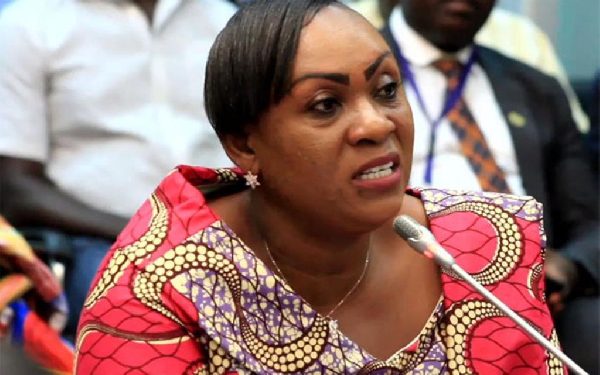 The Ghana National Fishermen Council (GNFC), has backed the nomination of Minister-designate for Fisheries and Aquaculture Development, Hon. Mavis Hawa Koomson following the media uproar that greeted her recent vetting in Parliament.

The Association says the uproar that greeted the nominee’s vetting on both traditional and social media was unnecessary and a distraction from pertinent issues that had arisen during the process.

In a statement released on Tuesday February 23, 2021, the Association said, “As fishermen, our key concern and expectation is how the Minister-designate intends to tackle niggling issues like Seiko, light fishing, the influx of foreign fishing vessels and the need for a foreign vessel to conduct scientific research among others.”

“We share the sentiments of several well-meaning Ghanaians who have since the fallout of the vetting exercise, opined that the mastery of English language is not necessarily a sign of competence. The Honourable Minister-designate will definitely work with technocrats and industry players who equally have the progress of the sector at heart.”

The Association is rather urging the media “to set the agenda for a liberal conversation on how promises elucidated in the manifesto of the current government will be executed vis-a-vis the content of the vetting exercise.”

It will be recalled that on 18th February, 2021, the Minister-designate for Fisheries and Aquaculture Development, Hon. Mavis Hawa Koomson, MP for Awutu Senya East, took her turn before the Appointments Committee of Parliament to be vetted.

Following the exercise, the media space was awash with commentary on her lack of understanding of basic issues about the sector, whereas others believe she only have lacked proficiency in the use of the English language, which does not suggest incompetence.

Stakeholders call for efficient use of fishing technologies in Ghana