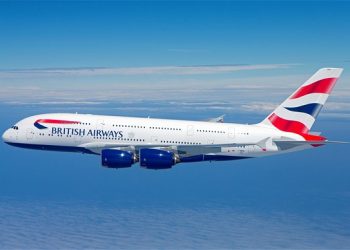 The recent decision by British Airways to halt its move of the operation of its Ghana Service from the London Heathrow Airport to London Gatwick Airport, has been described as temporary.

According to Aviation Industry analyst, Sean Mendis, British Airways is likely to reverse its decision to service Ghanaians from the Gatwick Airport in October this year.

Speaking to Citi Business News, he noted that the recent decision, was not a result of pressure but was a business one, and will only last till October.

“In the middle of February, there was a decision taken on the requirements for airlines to maintain slots at slot-controlled airports like Heathrow. And one of those requirements is that they’ve dropped the minimum number of flights required from the usual 80% of slots allocated, down to between 70% and 30% depending on the airport.”

“So effectively that means that British Airways has to maintain a certain number of minimum flights at London Heathrow during the summer, and that has driven their decision to move. So I think this is more of a business-related decision for British Airways rather than anything in terms of bowing to pressure from government of Ghana or any other entity.”

For a long time, all London-Accra-London bound British Airways flights originated and terminated at the London Heathrow Airport.

But some few weeks back, Ghana’s now-defunct Ministry of Aviation, said it had received a letter from the management of British Airways announcing that from June this year, it will be moving its operation of British Airways Ghana Services from the London Heathrow Airport to London Gatwick Airport.

The Aviation Ministry rejected this development and subsequently communicated its displeasure about the way the decision was taken without due consultation with the Ghanaian authorities.

But a few weeks after the development, British Airways appears to have bowed to pressure and has abandoned its decision to serve Ghanaians from the less desired Gatwick Airport.

On how Ghanaian authorities should handle the eventual move to the Landon Gatwick Airport, Mr. Mendis is hopeful that all parties will welcome the move.

“I think the Aviation Ministry’s actual concern was they weren’t consulted before this decision was announced publicly, and I think that’s a perfectly valid one. British Airways is under no obligation to consult with the Ministry but out of courtesy, you should notify the authorities in the host country that this is what your plans are,” he stated.

“So I think the Ministry and airways can both understand the reasons for each other’s decisions over the next few months and conclude on something. I don’t expect this issue to flare up into another issue come October. I hope that the two sides are mature enough to be able to work out their differences for the next six months.”

Prior to this, the UK-Ghana Chamber of Commerce had urged management of British Airways to take into consideration the concerns of its clientele and reconsider the decision to operate British Airways Ghana Services from the London Gatwick Airport.