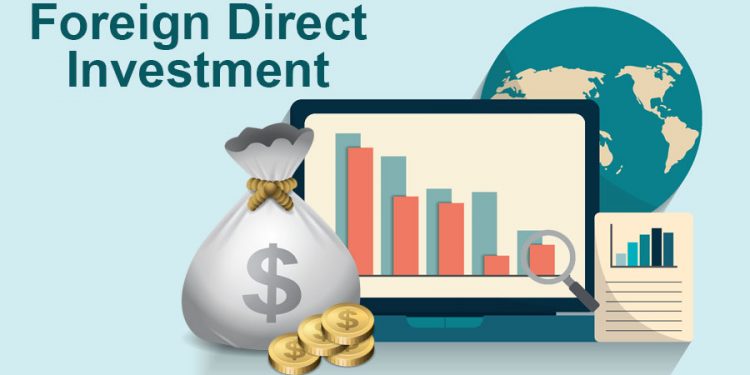 This is according to the latest data from the Ghana Investment Promotion Centre, GIPC.

The data also shows that the trend defied the anticipated steep decline in FDI flows as the second wave of COVID-19 infections threatened to cripple the Ghanaian economy.

Speaking at a press briefing, Chief Executive Officer of the GIPC, Yofi Grant, stated that the strong performance in Ghana’s inbound FDI amidst the global health pandemic could be attributed to a combination of factors including effective government policy responses and an easing of travel restrictions.

The data also shows that, with the considerable inflow of investments, some 279 projects were registered within the year. This comprised 129 newly registered projects, 131 upstream developments and 19 free zones activities -dispersed across eight regions, with Greater Accra registering the highest number of 231 projects.

“Cumulatively, some 27,110 jobs are expected to be generated from the aforementioned registered projects,” he added.

In terms of the sector allocation of the investments, the manufacturing sector with 57 projects recorded the largest FDI value of US$1,270.53 million. This was followed by the services and mining sectors with FDI values of US$656.19 million and US$ 424,32 million respectively.

On the domestic front, additional equity (cash and goods) totalling US$69.28 million was ploughed back as investment from 172 already existing companies, whereas US$250.68 million (GHC1,438.91 million) was obtained from 52 wholly Ghanaian-owned ventures.

According to United Nations Conference on Trade and Development, UNCTAD’s Global Investment Trends Monitor, global foreign direct investment (FDI) collapsed in 2020, falling by 42% to an estimated $859 billion, from $1.5 trillion in 2019.

The decline was concentrated in developed countries, where FDI flows fell by 69% to an estimated $229 billion. Greenfield announcements fell by 46% (-63% in Africa, – 51% in Latin America and the Caribbean, -38% in Asia) and international project finance by 7% in (-40% Africa).

Despite the grim economic outlook caused by COVID-19, overall FDI in developing countries appeared relatively resilient with countries such as South Africa and Morocco recording FDI inflows of US$2.5 billion and US$1.6 billion respectively for the year 2020.

In Ghana, some countries that stood out as nation’s leading sources of inward investments included, China, the United Kingdom, South Africa, Australia and the Netherlands.