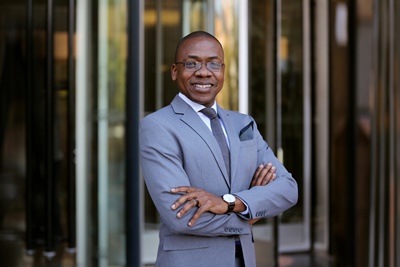 Ghana local currency bonds (GHGBs) have had a spectacular start to the year, compressing by 125bp and  outperforming North and East African peers such as Egypt and Kenya whose bonds have ticked up by c. 20bp.

This is according to Head of Markets at First National Bank Ghana, Kofi Pianim.

Mr. Pianim stated that, offshore appetite for local currency debt in addition to consistent BOG interventions via the spot and forward curve, led to the GHS strengthening by 3.7% against the USD by the end of February 2021.”

“We have seen the secondary market traded bond volumes increase by 150% year on year to $5.7 billion by the close of February. Strong market patronage by domestic and foreign investors led to primary issuance oversubscription and ultimately yield compression in the two to six-year tenor buckets,” he said.

Given the global search for yield, fuelled by sizeable global monetary and fiscal stimulus, Ghana’s outperformance is not entirely surprising.

In addition, political risk fears have been tempered after the conclusion of local elections.

RMB Africa Economist and Fixed Income Strategist, Neville Mandimika also said that, “At RMB and FNB, we and our clients have been asking the question: has the yield compression been overdone and do yields have further room to compress?”

“Our model suggests that even though the 6-year bond is fairly valued, the upcoming Eurobond issuance offers tailwinds to the local curve. We estimate the local curve can rally by a further 150bp this year,” he added.

The RMB model suggests that bonds could compress further in 1H21 to about 18.6% (70bp rally) largely driven by currency strength and more importantly, low inflation. However, several factors are likely to affect performance:

Inflation: In RMB’s base-case scenario, inflation is seen as trending lower in 2021 primarily due to base effects. This should result in price pressures bottoming out in 2Q21 and picking up slightly in 2H21 as the global economic recovery takes hold. Benign inflation at a time of nascent economic recovery should result in the central bank keeping policy rates unchanged in order to give the economy a chance to recover before hiking rates, which we think will only happen in 2022.

Short-term rates: Linked to the RMB view of an accommodative monetary policy, it is estimated that short-term rates will tread water from here. This should allow for cheap funding for the long end of the curve, supporting some yield compression.

FX (USD/GHS): It is estimated that the cedi could register another decent year, given the strong tailwinds in oil (in the wake of a successful vaccine rollout), gold (US inflationary pressure concerns) and cocoa (as tourism rebounds). Despite the nearly 2% strength in the currency this year, the cedi remains relatively undervalued. This is based on the cedi’s REER level relative to its 5-year average to approximate this effect.

With the cedi trading close to its fair value (i.e. near 0% deviation from its historical average), this should be a sweetener for investors as currency losses/risks appear fairly limited. This contrasts to the Egyptian pound, which by this measure reaches 13%, suggesting greater exchange rate risk. The Nigerian naira is also set to experience weakening pressures, adding to the comparative appeal of cedi investments.

Says Mandimika: “The big risk of course is that as offshore interest in GHGBs rises, it adds to FX pressure, particularly if this is hot money, as was the case in early 2019. The latest reading from the Ghana Securities Depository shows that foreign holdings in domestic debt instruments picked up in January 2021 to 21.2% from 19.8% a month before. We think this trend will continue in the months ahead.”

The expected (1Q21) Eurobond issuance (US$3bn – US$5bn) could have a material effect on the domestic curve. Ghana’s finance minister noted that part of the funds will be used for liability management for both hard and local currency bonds.

“We are of the view that the government will use the funds to retire some expensive local debt, as reflected by the recent GHGB 2-year bond auction where the authorities retired the 19.75% bond in exchange for a new 17.6% issuance, resulting in savings in excess of GHS179m,” says Mandimika.

To further illustrate the potential savings: if the entire GHGB curve was reissued at coupon rates 3ppts lower than current, the authorities would save GHS1.4bn. This is about 2% of revenue or 0.4% of GDP.

Concludes Mandimika: “Ghana’s government bonds are set to do well this year but also outperform their African counterparts”
Of course, as the curve gets pushed lower, investors will likely use this as an opportunity to take some profits, which would naturally add to rollover risks. Funds from the Eurobond issuance could then be deployed to manage this risk.

Concludes Mandimika: “The combined effects of these factors suggest that the path of least resistance is lower bond yields, despite the current fair valuation. We estimate that the curve could get pushed down by another 100bp – 150bp, post the issuance.”

Top 3 free messaging apps that you can download from HUAWEI AppGallery right now!