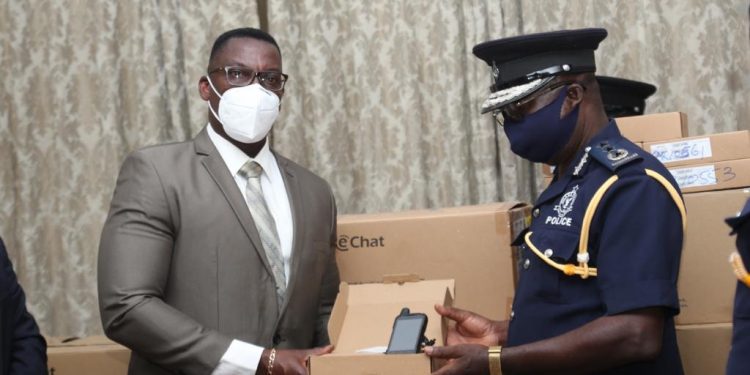 The National Insurance Commission (NIC) has presented 500 GoTa phones to the Motor Traffic & Transport Department (MTTD) of the Ghana Police Service for enforcement activities. These security devices are meant to detect vehicles with fake motor insurance policies plying the roads.

Presenting the items to the Police at an official ceremony at the Police Headquarters on Thursday, March 11, 2021, the Commissioner of Insurance, Dr. Justice Ofori, noted that the use of the devices “would further reduce the issuance and use of fake motor stickers to the barest minimum”.

Dr. Ofori remarked that “through the assistance of the Police, the Commission has in the past, arrested and sometimes prosecuted persons who have been found dealing in the issuance of fake motor stickers”. 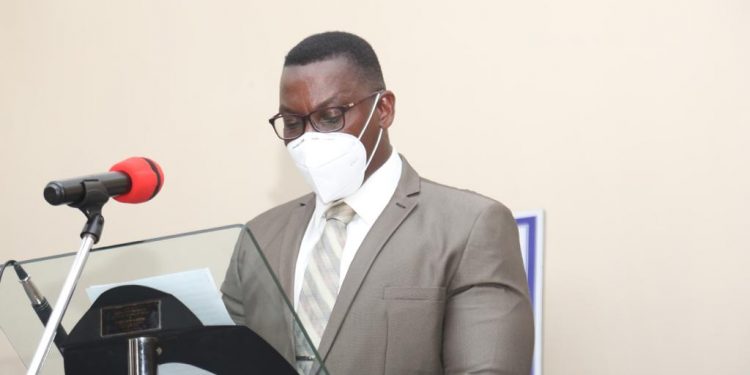 He stated further that, “The enforcement activities of the Police through the use of the GoTa phones would affirm the Commission’s obligation to protect the interest of the policyholder and by extension, the average person on the street”.

Receiving the devices on behalf of the Inspector-General of Police (IGP), Mr. James Oppong Boanuh, the Director-General of the MTTD, COP Frederick Adu-Anim expressed appreciation to the NIC for its support over the years.

“Indeed, the support we have received from the (NIC) in the past has not only been immense but also phenomenal. Mention can be made of the Commission’s nationwide Training of Trainers (ToT) programme to build capacity on the MID for some 400 personnel of the MTTD in 2020,” he remarked.

“It is instructive to note that even before the presentation of these devices, the MTTD personnel had started making use of the USSD short code *920*57# which provides time checks on the insurance validity on vehicles”, he stated. 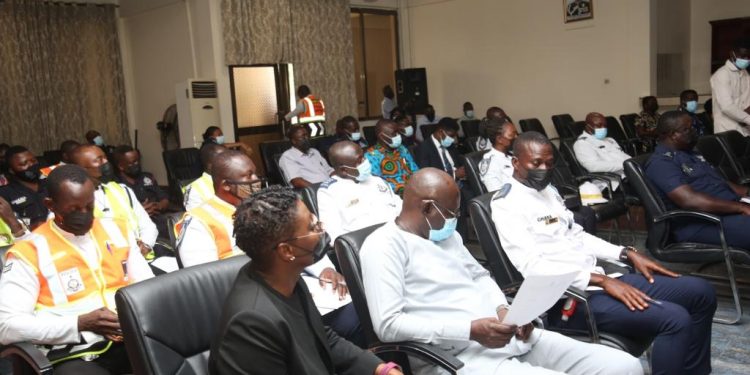 The NIC in January 2020, implemented an electronic motor insurance database software, known as the Motor Insurance Database (MID). It is a central database repository of all motor vehicle insurance policies issued by insurance companies in Ghana.

With the MID, one can easily verify the insurance status of any vehicle and confirm the authenticity of the insurance policy purchased through a USSD code. The GoTa phones to be used by the Police have additional security features for enforcement and investigative purposes, and are the preserve of only the Police.

Since its implementation, the MID portal has issued insurance policies to an impressive 1.4million vehicles.

The business of fake motor insurance has greatly reduced as the initial objective of curbing the menace of vehicles with fake insurance stickers plying the roads, endangering lives and property has been achieved, to a large extent.

‘Talk tax’ likely to be increased in 2021 budget – Tax analyst