COCOBOD borrows $2 billion in response to improved production by farmers

Better than expected, cocoa production for the 2020-2021 crop year has led the regulator of the sector, the Ghana Cocoa Board (COCOBOD), to borrow extra on the domestic market, to among other things mop up the excess cocoa beans being produced by farmers.

COCOBOD has so far sold $2 billion (GHS 11.7 billion) of six-month bills from January to May, the most in the five-month period since at least 2011, according to Bloomberg.

Before the start of every crop season, the Ghana Cocoa Board typically borrows from overseas banks, monies which are normally used to finance cocoa purchases and related operational activities in the crop season.

The regulator in September last year signed an agreement for a US$1.3 billion syndicated loan facility for the 2020/2021 cocoa crop season, with an output target of about 900,000 metric tonnes of cocoa. 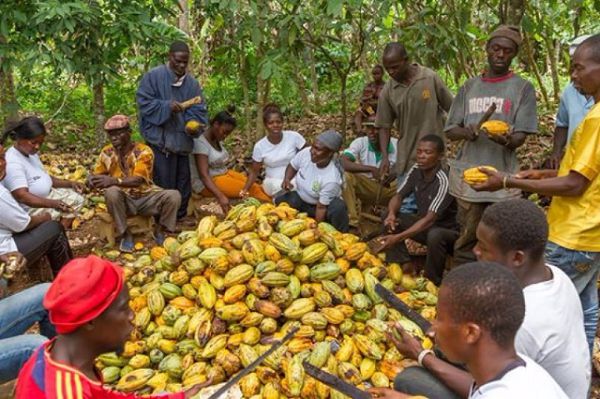 But according to Bloomberg, production so far for the 2020-21 season which ends in September has exceeded the set target, stretching the $1.3 billion syndicated loan that was raised at the beginning of the season in October last year.

Farmers harvested 965,493 metric tons by June 3, compared with a target of 900,000 tons for the whole crop year that ends in September.

This places Ghana easily within the reach of the 1 million-ton mark, which was last attained in 2010-11.

According to the head of finance and administration at COCOBOD, Ray Ankrah the sector regulator which is the only buyer of cocoa beans in Ghana has therefore had to increase the sale of bills to help refinance maturing obligations.

Yields on the bills are falling, as traders speculate that the regulator will make more income from the bumper crop. The 1.3 billion cedis, 182-day securities issued at 17.65% on May 18, are currently trading at 15.65%.

The regulator is also planning to raise $1.5 billion through syndicated loans for the season that begins in October, Mr. Ankrah added.