According to the president, the South African multinational’s success is worth emulating.

The president also noted that the story of MTN is yet more proof if any were needed, of the famous saying that Africans are capable of managing their own economic and social affairs.

Speaking at the launch of the Silver Jubilee celebrations of MTN Ghana, President Akufo Addo also praised MTN for being able partners in his government’s agenda of digitalising the Ghanaian economy.

The president said his government, since it came into power in 2017, has taken several steps to create a “digital economy” that will be all-inclusive and enhance the government’s management of the affairs of the state. 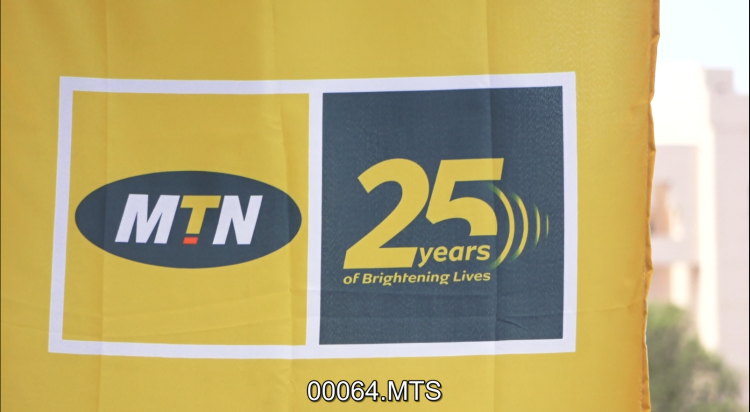 He referred to the advent of the biometric Ghana Card, the Ghana Post GPS, the rural telephony project and the digital inclusion project being rolled out as some of governments initiatives to enhance digitalisation in Ghana.

He noted that government intends to eventually integrate all data platforms for “enhanced governance” in Ghana.

The President noted that the government is, “through the Accra Digital Centre, providing state of the art commercial office spaces for IT businesses” and urged MTN to come on board to “invest in promoting startups” and help curb the gender digital divide.

CEO of MTN, Selorm Adadevor, in an address to the mini durbar to launch the Silver Jubilee, praised the government for its support since MTN began operations in 1996.

Mr Adadevor assured the president of MTN’s increasing appetite for investment in the Ghanaian economy.

He noted that the company was the first to introduce the Global System for Mobile Communications (GSM) in Ghana and the first to invest in the 4G LTE network in the country when the market did not appear ready for it.

The Chief Marketing Officer for MTN, Noel Kojo-Ganson, in a media interaction after the launch of the anniversary, said the company will introduce several award packages for its consumers.

He noted that all MTN customers will pay nothing for their first calls within each day in the month of June. The offer, dubbed “Good Day”, is a reward to all customers for their subscription to the network.

Mr Kojo-Ganson also hinted at cars and other reward packages for MTN customers during the celebration of the Silver Jubilee which, he said, will last for a full year.