TOR: 3-member interim management committee sworn in after firing of MD and deputy

The Minister for Energy, Dr. Matthew Opoku Prempeh, has sworn into office a 3-member Interim Management Committee (IMC) to oversee the affairs of the Tema Oil Refinery as part of efforts to restructure and revamp the refinery.

The Chairman of the 3-member IMC is Mr. Nobert Cormla-Djamposu Anku.

The other members are Mr. William Ntim Boadu and Mr. Okyere Baffuor Sarpong.

The committee’s terms of reference include among others is to ensure the smooth transfer from the outgone directors, undertake technical and human resource audits as well as receive and assess viable partnerships for TOR, if any. 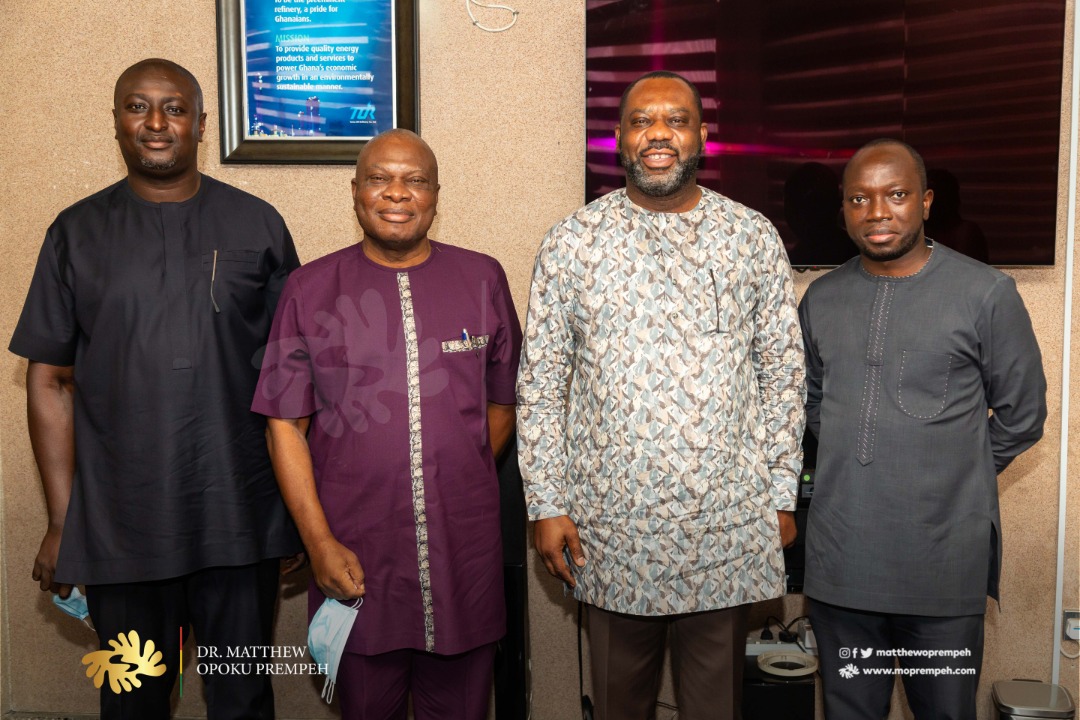 Speaking after the swearing-in at the refinery, Dr. Opoku Prempeh noted that the IMC was key at this time.

“In order to give the President the time to reconstitute the board, which will come very soon, and probably install a new management, there was the need for an IMC to be put in place for at least a period of 3 months. We hope they will be able to gather as much information as possible about TOR and on TOR all in furtherance of making it a viable functional entity going forward.” 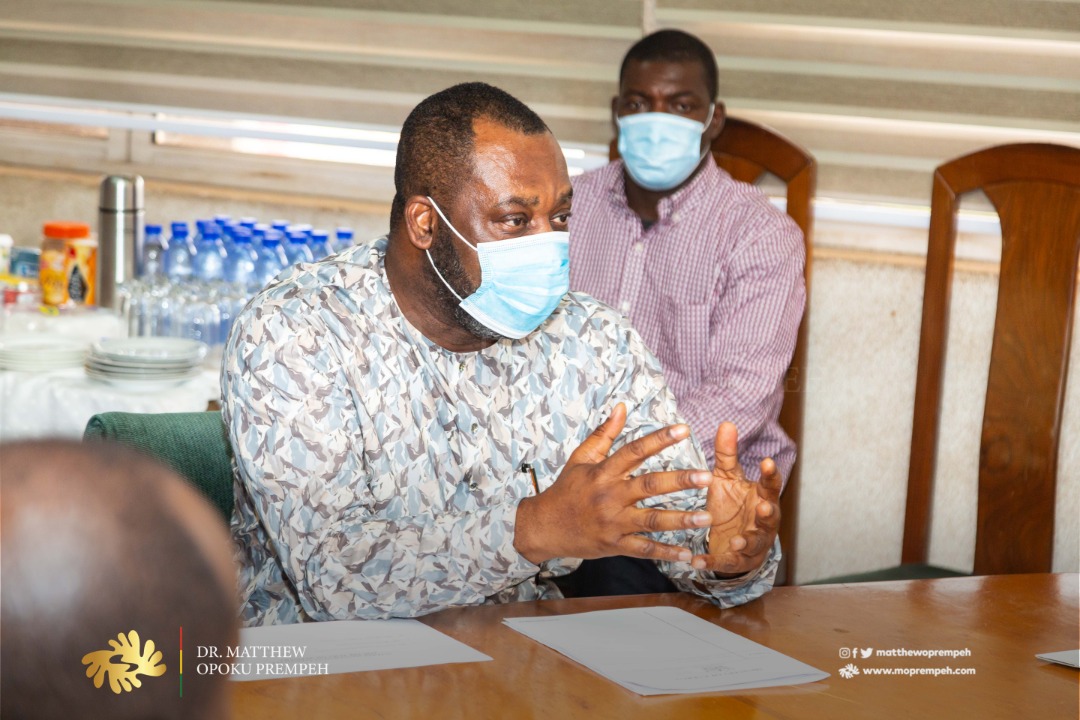 The Minister also noted that TOR and its crippling debts, infrastructural issues and equipment have been well noted and that since the 4th Republic every President has thought about value addition to Ghana’s natural resources.

The Public Relations Officer of the ministry, Kwasi Obeng-Fosu in an interview said the Minister of Energy Dr. Prempeh emphasized the need to find the right partnerships, managerial infrastructure and equipment to enable TOR work as a strategic stakeholder in the oil and gas sector and urged the IMC members to be diligent in their work and bring their rich experience to bear in discharging their mandate. 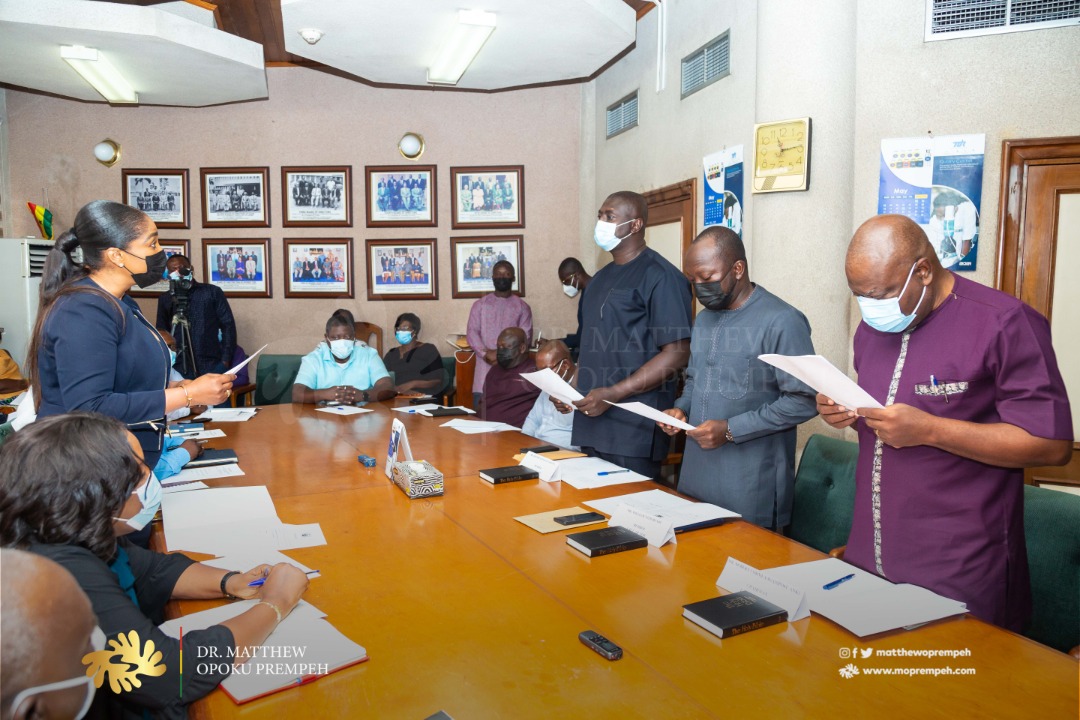 Dr. Prempeh further urged the staff of the refinery to put all past rancours behind them, cooperate with the IMC and work hard to ensure the success of the refinery.

The PRO, Kwasi Obeng-Fosu added that the committee is to submit its report, including findings and recommendations, to the Minister within three (3) months.

TOR MD & Deputy MD fired after a year in office

Francis Boateng, the recently fired Managing Director (MD) of the Tema Oil Refinery and his deputy, Mr. Ato Morrison, are said to have been served their letters of dismissal on Friday, June 11, 2021.

The said letter is reported to have emanated from the Ministry of Energy. The two gentlemen had been overseeing the affairs of TOR since May 2020. Their dismissal comes barely a month after management of the embattled company denied allegations that it was on the verge of collapsing.

Some media reports had suggested that the Ghana Water Company Limited (GWCL) had cut water supply to TOR for close to a month due to its inability to pay accumulated water bills that had amounted to GHS4 million in arrears.

It was also alleged that TOR owed the Electricity Company of Ghana (ECG) about GHS2.3 million in arrears.

The then Managing Director of the company had also been accused of engaging new workers despite the financial challenges TOR was facing.

TOR in a statement however denied these claims, saying the company is currently taking some measures to ensure its strategic turnaround.

“We wish to refute what is recently being circulated in the media to suggest that TOR is on the verge of shutdown. Such publications from anonymous sources create an unwarranted negative impression of the organization and hinder the progress of our revitalization and expansion plans as well as the business operations at large.”

“We hereby state categorically that TOR is not on the verge of shutdown, but has rather been positioned for its effective turnaround and revitalization through the support of its shareholder,” excerpts of the statement said.

TOR, which is Ghana’s first and only refinery, has not been operational for a while now due to many challenges.

Several Civil Society Organisations such as the Chamber of Petroleum Consumers and the Africa Centre for Energy Policy (ACEP), had been at the forefront of calls on the government to do all it can to get the refinery back on its feet.

The Energy Minister, Dr. Matthew Opoku Prempeh, during a tour of the refinery, expressed the government’s commitment to ensure the facility is up and running as soon as possible.

There have been suggestions that the continuous redundancy of TOR may lead to human capital challenges.