AfCFTA lays foundation for establishment of a Continental Common Market 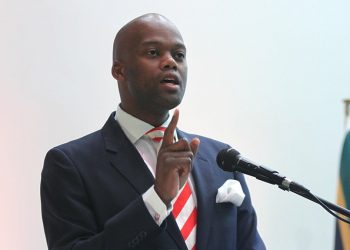 The African Continental Free Trade Area (AfCFTA) has laid a foundation for the establishment, in future, of a Continental Common Market.

Wamkele Mene, the General Secretary of the AfCFTA Secretariat, said the main objectives of the AfCFTA were to create a single market for goods and services, facilitate the movement of persons, and promote industrial development and sustainable and inclusive socio-economic growth.

He said after an almost five-year period of negotiations, which were started in February 2016, the agreement was signed on 21 March 2018, and entered into force on 30 May 2019.

Mr. Mene said this in his address on the occasion of AfCFTA Policy Network (APN) Summit on the State of AfCFTA Trading and Africa Products Awards.

He said based on progress made, the AU Summit in December 2020 provided the legal basis for the operationalization and commencement of preferential trading under the AfCFTA on 1 January 2021.

He said the processes to negotiate, ratify and operationalize the AfCFTA had progressed at fast speed-not just by African standards, but by world standards for trade agreements.

“Thus, from 1 January this year, it became possible for State Parties whose customs procedures are ready to trade under the AfCFTA.”

He said in this regard, some trade had already taken place.

“We all recall with pride the exporting of products via air and sea freights by Kasapreko Company Limited, a manufacturer of alcoholic products and Ghandour Cosmetics Limited, in early January 2021, marking the start of trading under the AfCFTA preferences,” he stated.

“Notwithstanding the challenging circumstances, exacerbated by the impact of the COVID-19 pandemic, the results achieved in the implementation of the Agreement and execution of work programme of the AfCFTA Secretariat are a source of satisfaction.”

Mr Mene said currently, 37 countries (almost 69 percent of Member States) had deposited their instruments of ratification at the African Union (AU) Commission, with few more that had completed the ratification process also about to do so.

He paid tribute to the AU Assembly of Heads of State and Government for their leadership and unflinching political commitment that has brought them this far.

“I also want to put on record the support extended graciously to the Secretariat by our host country, Ghana,” he said.

Adding that all their development partners had also contributed to the progress achieved so far.

“Thus, while the modest success achieved is worth celebrating, there is still much more to do,” he said.

Mr Mene said there remained outstanding negotiations that must be finalized for effective trading under the AfCFTA preferential trading regime.

He said negotiations were still underway across various aspects of the AfCFTA, saying the AfCFTA was being negotiated over multiple phases.

“However, negotiations on some issues of Phase I are ongoing, namely, rules of origin, schedules of tariff concessions, and schedules of specific commitments on the five priority service sectors (business services; communications; finance; tourism and transport).”

He said these outstanding issues were expected to be concluded by June 2021.

Mr Mene informed that the AU Assembly had set 31 December 2021 as the deadline for the conclusion of Phase II and III negotiations.