Banks have no excuse to keep lending rates high – Osafo-Maafo 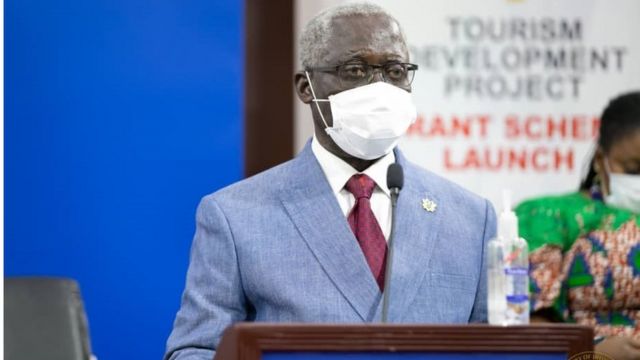 Senior Presidential Advisor, Yaw Osafo-Maafo says it has become necessary for banks to reduce their interest rates since the financial sector clean-up which took place in 2017 reduced the risks associated with lending money to the public.

The financial sector clean-up saw the revocation of licences of nine commercial banks, 23 insolvent savings and loans companies and finance houses, as well as 347 microfinance firms.

Experts in the sector have since described the banking industry as sustainable.

It is also the view of the Senior Advisor to the President that, the reforms have reduced the risks associated with banking, hence the need for commercial banks to review their interest rates.

“I will appeal to the banks that it is not enough to show fat profits at the end of the year, publish them in the newspapers and feel good. It is equally important for a bank in Ghana to point a finger at an industrial establishment it has supported to succeed. If the Bank of Ghana is giving you 13.5 percent as the policy rate, what reason do you have to lend in the 20s? What should be the margin and the spread between the bank rate and the lending rate? We have not been able, as a country, to check this. At first, we used to defend it on the grounds that there was a lot of risks. Now the banking sector reform has reduced the risk. The government has spent billions of cedis on this banking reform,” he said.

Already President Akufo-Addo has charged the new board of the Bank of Ghana to interrogate the issue of high interest rate in the country which traders and other industry players have consistently protested.

Mr. Osafo-Maafo tells Citi Business News, the call on commercial banks to review their interest rates is to enable businesses to remain competitive, especially in the era of the African Continental Free Trade Area Agreement.

“It is also better for you to say I made this industry and I created this project, I did that. Why? Because you have established employment for our country. So banks, you have a job to support our industries so that we succeed in AfCFTA. I believe very strongly that with the location of the AfCFTA secretariat here, we have no reason not to succeed as an industrial giant in Africa,” he added.

Prof. Quartey urges new BoG board to push for a reduction in loan default rates