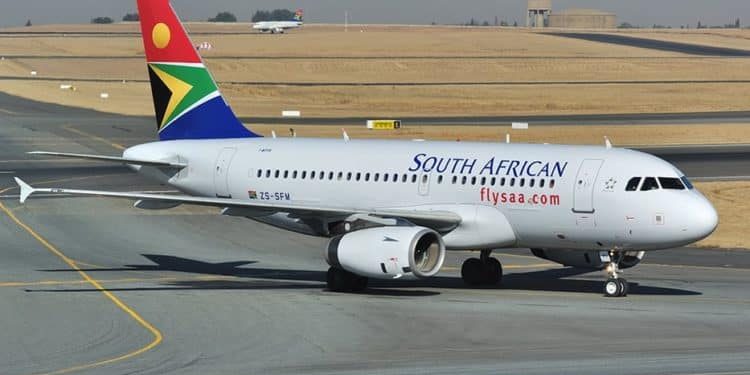 South African Airways has announced that it will from 23 September resume scheduled flights to Accra and some parts of Africa.

This comes after the national carrier was forced to stop flying commercial in 2020 due to its worsening financial situations amid heightened travel restrictions in the country due to the COVID-19 pandemic.

A statement issued by South African Airways states that it will start flights from Johannesburg to Cape Town, Accra, Kinshasa, Harare, Lusaka, and Maputo.

More destinations will however be added to the route network as it ramps up operations in response to market conditions.

It further notes that, ticket sales will resume from 26 August.

SAA’s interim Chief Executive, Thomas Kgokolo says, ”After months of diligent work, we are delighted that SAA is resuming services and we look forward to welcoming on board our loyal passengers and flying the South African flag.

“There is a profound feeling of enthusiasm within Team SAA as we prepare for take-off, with one common purpose – to rebuild and sustain a profitable airline that once again takes a leadership role among local, continental, and international airlines.”

SAA entered a formal business rescue process in late 2019, but efforts to restructure the carrier were further complicated by the pandemic’s disruption to global travel.

The airline came out of the business rescue process in April and the South African Government agreed a deal to sell a 51% stake in the airline to a consortium of local investors in June.

Kgokolo has previously indicated SAA will initially operate a fleet of around eight aircraft as it restarts operations.

”The aviation sector is currently going through a testing period, and we are aware of the tough challenges that lie ahead in the coming weeks,” says Kgokolo.

”We thank South Africa for the support we have received in getting us to where we are today. As we are now poised for take-off, we see this as a major milestone for SAA and the country,” he added.