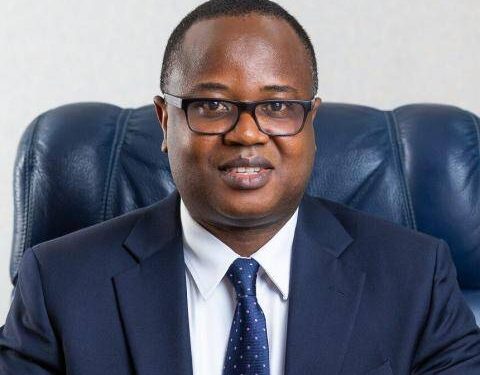 The First Deputy Governor of the Bank of Ghana, Dr. Maxwell Opoku-Afari has prescribed a number of remedies to aid the recovery of the local economy following the Covid-19 pandemic.

Addressing a public lecture organised by the University of Ghana Business School Under the theme, “Re-Thinking Development Finance: Macroeconomic Management When The Love is Gone,” Dr. Opoku-Afari portrayed Ghana as a child which is loved by all and fed with milk until it is of age to consume solid food, and then it is expected to take charge of its own affairs.

Quoting the holy writ according to Hebrews 5:13-14 to buttress his point, Dr. Opoku said Ghana has been through the mill and is at a stage where she needs to look within to raise enough capital to fund her development agenda.

Dr. Opoku-Afari bemoaned the prevailing situation where only two million Ghanaians are on record to be paying direct taxes when about a 16 milliion Ghanaians use the mobile money platform, which he says is “indicative of financial activity on which tax should be paid”.

Dr. Opoku-Afari said the country needs to increase the tax to revenue ratio of 12% to a minimum of 17% which is the African Tax to GDP Average and if possible, raise to the standard of 25% Tax to GDP ratio.

He said it is only through a boost in the country’s tax to GDP ratio that Ghana could meet the development targets set under the Sustainable Development Goals, SDG.

To achieve the ideal Tax to GDP ratio of 25%, Dr. Opoku Afari said there ought to be an expansion of the tax net to “increase the tax revenue while reducing the per capita tax burden”.

He said examples of simplified tax systems abound across the world to be adopted.

Touching on the poor property taxing system in Ghana, the Deputy Governor of the Central Bank said Ghana could have been earning much more from property taxes than the current 0.5% of GDP being raised.

He noted that the likes of Mauritius are raising as much as 4% of GDP through property rates.

Dr. Opoku-Afari also called for a simplified tax filing method for the informal sector of the economy to maximise tax revenue.

He said the country of Georgia has such a simplified system, which is on record to have increased the country’s tax revenue by a significant margin.

Dr. Opoku-Afari also called for a mechanism to retrieve money stolen or misappropriated by public officials and also to control the wastage of public resources through abandoned projects.

He concluded by saying “no other country will do it for us. We have to do it ourselves”.