BOST to take delivery of pipelines from USA in November 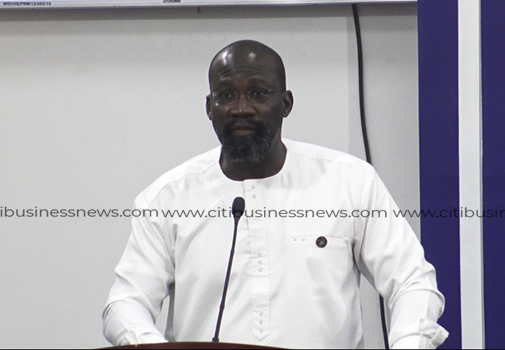 Ghana, through the Bulk Oil Storage and Transportation Company Limited (BOST), will take delivery of some pipelines from the United States of America to increase the Tema-Akosombo pipeline capacity.

According to management of the company, the pipelines will arrive by November this year.

The Managing Director of BOST, Edwin Provencal, during an interaction with the press on Sunday, outlined his outfit’s plans towards procuring new pipelines and fixing broken ones to foster more progress in their work.

“Our Tema to Akosombo pipeline has been repaired. We have finished all we have to do with the suppliers of those pipelines in the US, Houston, and they are currently being loaded onto ships. By November, those pipelines will be in Ghana. We have fixed the Bolga to Buipe pipeline and that has enabled the commencement of exports to the landlord countries.”

Meanwhile, the company has cleared over 70% of its debts, which had accumulated over a 4-year period before 2017.

According to Mr. Provencal, this was done with the company’s internally generated funds.

“We have paid the trade liabilities from US$624 million to US$39 million. We did not do that by going to government alone. BOST’s contribution to the payment of these trade liabilities through our internally generated funds amount to 73%. If you look at the GHS285 million local loans, we’ve paid down to almost GHS61 million, and we’re still paying Fidelity Bank for the rest of the money. We’re hoping that we finish paying this by next year.”

The process for obtaining the pipelines first commenced in 2009 under the Exim Bank in the USA after it offered a guaranteed loan of US$79.4 million for the procurement.

The amount was expected to cover the export sale of the pipeline from the American Tank & Vessel Inc. in addition to related local projects undertaken in Ghana.

The equipment cost the country a total of $63 million dollars, but an additional $8 million was used to repair some of the yet-to-be shipped pipelines which had been damaged due to exposure to weather conditions over the period.

But due to some managerial issues, the pipelines had not yet arrived in Ghana even after 12 years.

The additional pipelines which will finally arrive in the country in November this year, according to the current management of BOST will increase the Tema Akosombo pipeline capacity from the current size of 6 inches to 12 inches, thereby improving the delivery of petroleum products within the country.