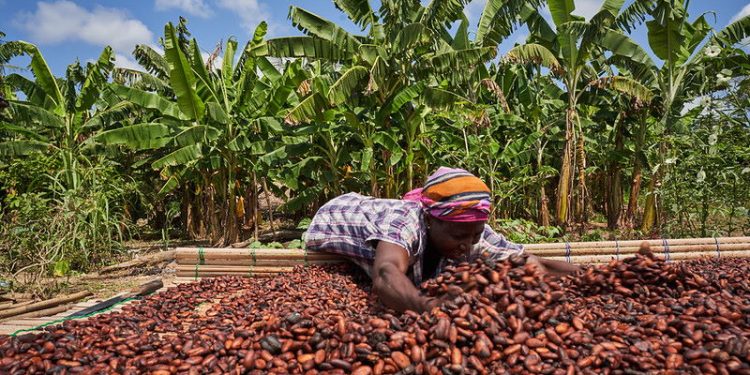 Ghana Cocoa Board has announced that purchases for the 2021 Light Crop Cocoa Season will cease at the close of business on Friday, 3rd September 2021.

In order to assist the Licensed Buying Companies (LBCs) to obtain the final returns from up-country, Ghana Cocoa Board has decided that returns on the declared purchases will be accepted up to 4:00 p.m. on Thursday, 9th September 2021.

The Chief Executive of COCOBOD, Joseph Boahen Aidoo earlier announced that he was hopeful of further increasing the production of cocoa beans to about 1,060,000 metric tonnes to officially end the season.

The light crop season usually lasts for 11 weeks from June to September, while the main crop season lasts from October to May.

Ghana will, from the 1st of October this year, begin using specialized electronic weighing scales that will be used by Licensed buying companies to address the issue of cocoa farmers being cheated at weighing points.

Although the industry regulator, Ghana Cocoa Board’s official weight for a bag of cocoa is 64kg, the cocoa buyers blatantly disregard it and operate by their own rules by adjusting their scales to the detriment of farmers.

Mr. Boahen Aidoo said his outfit in collaboration with the Ghana Standards Authority had secured scales with a weighing capacity of 150 kilograms for the cocoa industry.

“We have worked on this together with the LBCs in total agreement to change the weighing scales from the manual to the electronic system. We wanted the kind that can be used everywhere in the country. So we have procured both electronic and solar scales. This will end the days when our cocoa farmers felt cheated by LBCs who they claimed adjusted their weighing scales,” he stated.

“Therefore effective 1st October 2021, which marks the beginning of the new crop season 2021/2022 Ghana is going to use the electronic weighing scale. That is what is going to be used throughout the country and as a regulator, we want to announce for all our partners and stakeholders to know. So if you go to weigh your cocoa, and it’s not COCOBODs electronic scale, it means that scale is unauthorized”.

The new electronic scales were recommended by the Ghana Standards Authority, following an inspection of the mechanical scales presently used across the country.