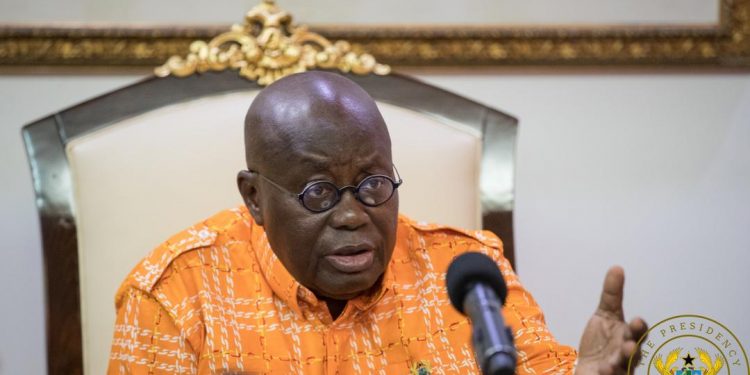 President Nana Akufo-Addo has charged members of the legal fraternity to honour their tax obligations or face the rigours of the law.

This comes barely a month after the Ghana Revenue Authority (GRA) disclosed that over 60,000 business professionals have been evading tax, per an exercise conducted.

Speaking at the Ghana Bar Conference in the Upper East Regional Capital, Bolgatanga, President Akufo-Addo said that the over sixty thousand professionals who are not paying taxes will soon be directly dealt with by the Ghana Revenue Authority.

“It is embarrassing that lawyers are often on top of the list of those who flout our tax laws and use their expertise to avoid paying taxes. They appear to think, that being members of the learned profession puts them above compliance with everyday civic duties like paying taxes”, Akufo-Addo said.

The conference is themed, “Ensuring an increase in revenue mobilization through taxation for the purpose of accelerated national development: The role of the lawyer”.

“They will soon be receiving friendly phone calls from the tax authority. I sincerely hope that those involved will swiftly move to regularize their tax affairs before the GRA moves to crack the whip,” the president said.

Speaking at the same event, Attorney General and Minister of Justice, Godfred Yeboah Dame, chastised lawyers who evade tax, describing the practice as a disloyal act to the State.

According to him, many of the taxes paid by some lawyers are not commensurate to their luxurious lifestyles or the revenue they generate.

“It is sad to say that many lawyers are caught in the phenomenon of tax evasion, as they unjustifiably avoid being caught in the tax net, either by understating their profits or concealing their true incomes. The luxurious lifestyles of certain lawyers, riding in the plushest of vehicles and acquiring top-end properties, are hardly commensurate with the amount of taxes they pay,” Godfred Dame said.