Invest in laterite, others as prices of building materials spiral out of control – GREDA 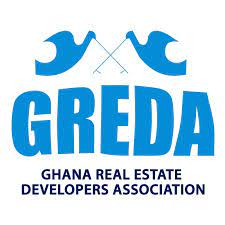 With statistics pointing to increased numbers of people building during the last quarter of the year, President of the Ghana Real Estate Developers Association (GREDA), Patrick Ebo Bonful has charged government to invest in the production of laterite based materials.

His call follows months of consistent increases in the prices of building materials in the country, especially cement and iron rods.

According to GREDA, a major advantage of using laterite which is a clay-like substance instead of sand in moulding building blocks is low cost, due to the small quantity of cement and iron rods required in the building.

The prices of cement and iron rods have almost doubled since the beginning of the year.

A bag of cement for instance that was selling at around GHS30 in January is now selling at as much as GHS55 in some parts of the country.

“We have laterite and that can be used in producing bricks. These bricks are hydraulically enforced bricks which are formed using a machine called the hydraform machine and once we have that machine we can produce these bricks at a relatively cheaper cost. Across the country, there are laterite deposits everywhere you turn, and it reduces the cost of the building by up to 35%. It reduced the use of iron rods, it significantly reduces the use of cement, which are the two very expensive materials we use in normal construction. It reduces them significantly. In fact, you can build a two-story building and use just about ten percent of iron rods”.