The Aircraft Accident and Incident and Prevention Bureau has commenced investigations into the bird strike incident involving a KLM Aircraft last Saturday.

The bird strike affected an area close to the aircraft’s windshield.

A statement from the bureau said it expects the investigation to be completed within two months.

The statement said the investigation will focus on the determination of the causes of and contributing factors to the incident, preparation report and safety recommendations.

“By international practice, the AIB assembled all relevant data before the aircraft was released, as it was assessed to be airworthy after the incident. Its grant to fly off to Amsterdam will not place any negative effect on the investigation process,” the statement added.

The investigation is in accordance with Section 17(b) of the Aircraft Accident and Incident Investigation and Prevention Act 2020, Act 1028. 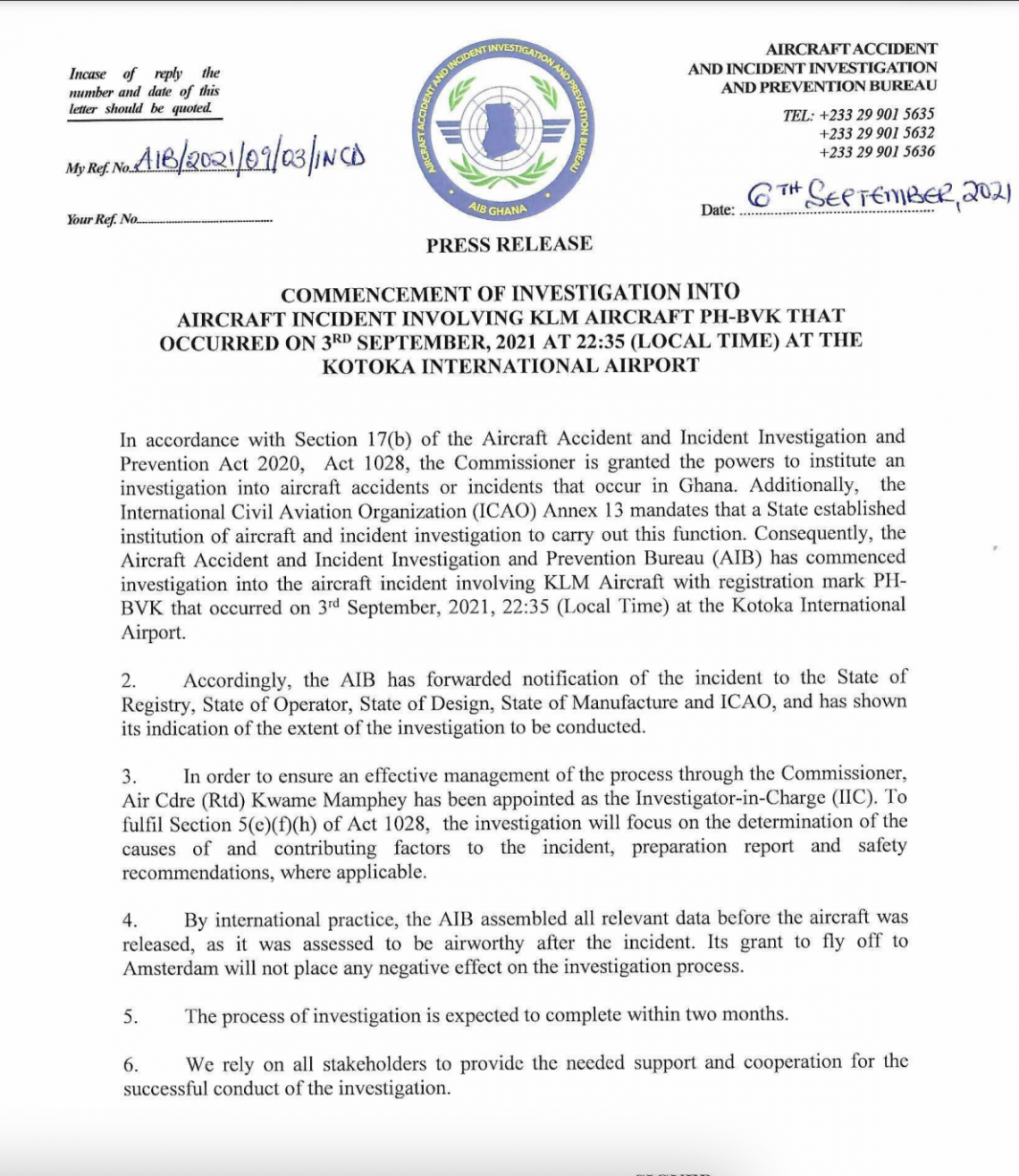 Prof. Quartey cautions against a return to ‘dark days of banking’ in Ghana