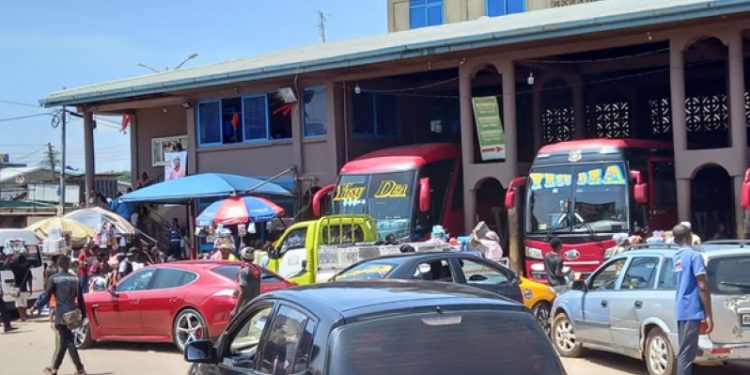 Drivers at the Asafo Neoplan Station in Kumasi have called on the government to take steps to reduce taxes and levies on petroleum products in the country.

This, according to them, would help bring down the prices of fuel and other lubricants used in their business operations.

Speaking to the Ghana News Agency in Kumasi on the recent increases in fuel prices, they said the increment was having devastating effects on their operations.

Mr Emmanuel Osei Yeboah, First Trustee of the Asafo Oginga Station branch of the Ghana Private Road Transport Union (GPRTU) said the drivers would have no other choice, but to increase lorry fares if the government failed to heed their call.

“We urge the government to abolish the special petroleum tax, price stabilisation and the recovery levies to help bring the prices of diesel and petrol down”, he told the Ghana News Agency in an interview in Kumasi.

“We believe that the removal of the taxes will reduce the prices of diesel and petrol”.

He also said the union would have no other option than to adjust transport fares upwards if the taxes and levies remain unchanged.

Mr Yeboah said the increments had reduced their real income drastically since they had to use more of their daily sales to buy the same litres of fuel they used for their operations.

The negative effect of the increment, according to him, was such that almost all their daily sales were used to buy fuel.

He said drivers were anxiously waiting for the Ghana Road Transport Coordinating Council to come up with new percentages on transport fares to cushion them from the effects of the increases of petroleum products.

Currently, prices of items we use to run our transport operations such as spare parts, lubricants, among others, have been increased to about 10 percent, and, if they do not take action about it, we cannot survive’, he stated.

Mr Eric Kweku, a driver at the OGINGA-Asafo station, called on the government to subsidize the price of fuel, saying the new increases were becoming unbearable for them.

He said the situation was becoming dire for them as they spent a major part of their daily sales on fuel.

“There should be a regulated period of increase and not increasing it frequently”, he said.

A litre of petrol and diesel is now selling at GH¢6.80 at the various filling stations in the country.