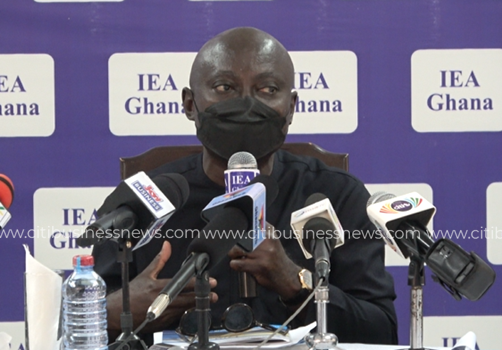 Chairperson of the Mines and Energy Committee in Parliament, Samuel Atta Akyea is calling for persons and companies who were involved in signing take or pay power contracts which have for many years cost the country millions of dollars to be brought to face the law.

“If you asked me as a lawyer, it is causing financial loss to the state. And I will be tempted to say that those who are involved should not go scot-free. It’s an expensive undertaking for a country struggling to gather coins.”

Although the government keeps intensifying efforts to provide constant electricity supply to Ghanaians, it has had to suffer dearly, spending huge sums of money on botched power contracts.

Ghana is estimated to have lost about US$4.1 billion from the signing and implementation of take or pay power contracts between 2014 and 2020 for power it did not use.

The Finance Ministry has so far also paid over GH¢12 billion as the cost of excess energy capacity charges inherited since 2017 just to keep the lights on.

Currently, of the 60% of 2,300 megawatts of installed capacity of electricity contracted between 2011 and 2016 on a take-or-pay basis, only 40% of it is actually consumed.

As part of efforts to put an end to the payment of the excess sums being paid for unused power, the Finance Minister, Ken Ofori-Atta while delivering the 2019 Mid-Year Budget Review in Parliament said the government will pay Independent Power Producers for only power the country consumes.

The government has since been in the process of renegotiating with these IPPs to stop the waste of money.

Pained about this development, Chairperson of the Mines and Energy Committee in Parliament, Samuel Atta Akyea, expressed hope that the persons involved in the signing of those botched contracts would eventually be sanctioned accordingly.

He was speaking at a Forum on Ghana and PPAs Transparency organised by the Institute of Economic Affairs.

“Per the education I’ve had, I do not understand a situation in which a poor man will sign a contract with a dimension called take or pay. I’ve always wondered why anyone would ever do that. It seems to me that probably in the arrangement to solve the energy crisis of the moment, we suspended our rationality; and I say this not to insult anybody.”

“This is because we did not calculate the impact of these contracts we signed. In 2018 alone, excess generational capacity arising out of signed PPAs cost the government about GHS320 million in capacity charges. And that is an unpardonable commercial arrangement,” he fumed.

Energy Consultant, Crispin Bobio, believes the lack of transparency in securing these deals attributes to such consequences.

The country has 32 identifiable PPAs in force, but very little public information is available on ownership, pricing formula, or long-term taxpayer obligations.

At the same event, he tasked the government to be consistent with the publication of details of Power Purchase Agreements (PPAs) in order to build a low-cost and sustainable power sector.

“Ghana could take a major step forward in building a low cost, competitive and sustainable power sector by committing to the disclosure of future PPAs. Once the PPAs are being signed, there should be a database that anyone who wants to know about PPAs can access at any time they want,” he insisted.

“This will level the playing field for all firms, reduce the governance and investment risks in the sector and help to build public confidence about the government’s management about the sector that is crucial to all national goals.”