Government urged to use licensing to disincentivize galamsey 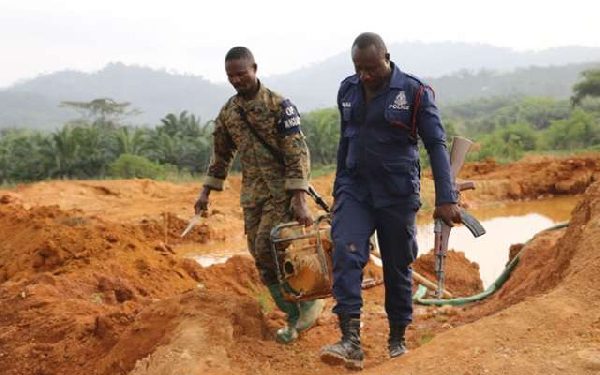 Stakeholders in the small-scale mining industry have proposed reforms in the existing licensing regime to help reduce the incentive for people to mine illegally.

The Multi-Stakeholder Dialogue agreed the permitting process is cumbersome and time-consuming, and discourages artisanal and small-scale miners (ASM) from acquiring licenses required for them to operate.

“The delay in the issuance of license is a major challenge and disincentivizes the formalization. Imagine an application taking months to be processed. This must be improved if we want to tackle illegal mining,” Hopeson Eli Etsra, Program Officer with the West Africa Network for Peace (WANEP) said.

The artisanal and small-scale mining industry supports about 12 percent of the country’s 30.8 million population and accounts for more than 60 percent of the mining sector labour force. Their operations are largely unmechanized, indigenous and informal.

Despite having a formalized process for ASM since 1989, more than 85 percent of small-scale miners in Ghana operate illegally, a situation attributed to the tedious licensing regime and weak regulatory framework.

Effort by the state to formalize ASM operations have not yielded much due to challenges such cost of licensing, centralized issuance and the failure to recognize the conditions of the local miners.

Artisanal and small-scale miners have often complained about the licensing fees charged which hovers around $4,000 on the average, describing it as costly for an activity largely driven by poverty.

Although the administration of ASM has been decentralized, much of the processes have to completed in Accra which increases the licensing cost.

“For instance, a small-scale miner would have to travel to Accra to check the availability of the area he/she intends to mine,” Hopeson noted.

While the meeting admitted the process would have to be improved to encourage formalizing ASM operations, it recommended the need for continuous sensitization of small-scale miners on the licensing process.

The meeting was attended by officials from the Ministry of Lands and Natural Resources, Minerals Commission, Environmental Protection Agency, WANEP-Ghana, UMaT, Development Partners and non-governmental organizations

It forms part of a an ongoing campaign to reduce the use of mercury in the Artisanal and Small-scale Gold Mining (ASGM) sector in Ghana under the Responsive Engagement and Collective Learning Approaches to Inform Mercury Substitution in the ASGM sector.

The dialogue was organized by Fund For Peace and its implementing partners, WANEP-Ghana and University of Mines and Technology (UMaT) with funding from the US Department of State.