TOR staff interdicted over disappearance of fuel, transfer losses and others 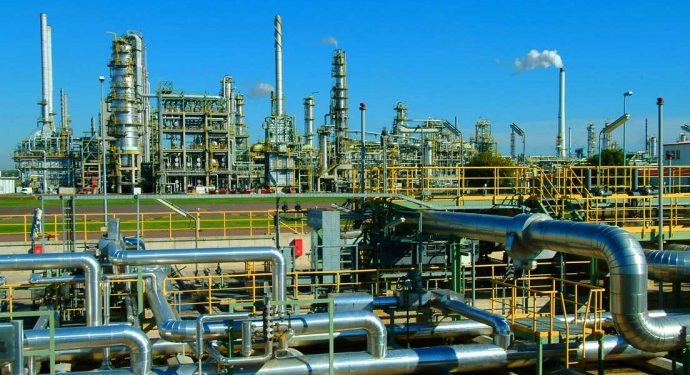 The Tema Oil Refinery (TOR), has queried and interdicted some of its staff pending the conclusion of investigations into the disappearance of fuel, product storage, and transfer losses at the refinery.

This is part of recommendations by an interim management committee, which was inaugurated in June 2021, to oversee the affairs of the company as part of the government’s efforts to restructure the company.

TOR, which is Ghana’s first and only refinery, has not been operational for some time now due to a myriad of challenges.

The investigations by the interim management committee revealed a number of incidents related to product storage and transfer losses, including but not limited to the disappearance of 105,927 litres of gas oil on 4th September 2021, which belongs to a BDC client.

There is also the disappearance of 18 drums of electrical cables worth GHS 10.4 million from the Technical Storehouse of TOR, discovered in April 2021.

“The disappearance of LPG belonging to a client between 2012 and 2015, as a result of which TOR became indebted to the client to the tune of $4.8 million, as confirmed by Ernst and Young Audit”.

The statement also talks about the “loss of Naphtha to a BDC client”, and the wrongful loading of 252,000 litres of Aviation Turbine Kerosene (ATK), instead of regular Kerosene into BRV Trucks at the loading gantry between 21st and 25th September 2021.”

“While the investigations are ongoing, we urge all staff to remain calm and be rest assured that investigations are being conducted in accordance with the due process of law. Anyone cleared in the process will be recalled from interdiction, while any form of liability will be dealt with in accordance with the law”, a statement sighted by Citi News noted.

The government, in June 2021, tasked a three-member interim management committee to conduct a financial and technical audit of the company as part of efforts to revamp the refinery.

The company, which has for years failed to function effectively, had at the time been in the news over reports that it was choking in debts that could lead to a total collapse.

Speaking at the inauguration of the three-member interim management committee, the Minister for Energy, Dr. Matthew Opoku Prempeh, urged the team to work towards ensuring the viability of the Tema Oil Refinery.

“All you hear is that people owe the company. Even TV programmes are talking about companies that owe that don’t want to pay because some staff don’t know that they have to go and collect the money. So please do a good financial audit.”

“Apart from that, if it is possible, do a technical audit to find out what is really wrong with the company and how we can get the company in operation and also conduct a human resource audit for us.”

Some challenges of TOR

Media reports in June 2021 had suggested that the Ghana Water Company Limited (GWCL) had cut water supply to TOR for close to a month due to its inability to pay accumulated water bills that had amounted to GHC 4 million in arrears.

It was also alleged that TOR owed the Electricity Company of Ghana (ECG) about 2.3 million Ghana Cedis in arrears. The Managing Director of the company was also accused of engaging new workers despite the financial challenges TOR is facing.

However, TOR in a statement denied these claims. The government later responded by removing the MD to pave way for the interim management committee.