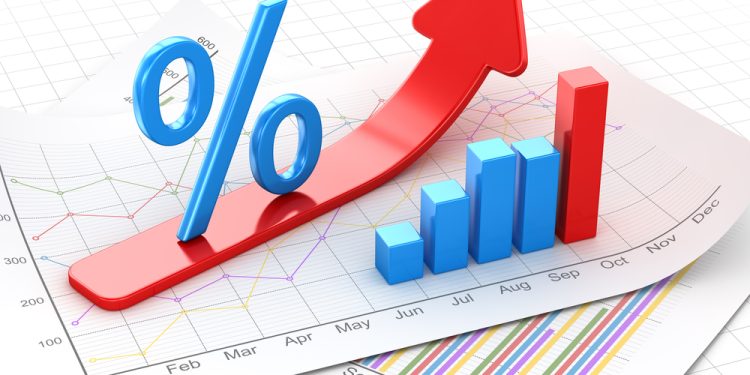 Economist with the University of Ghana, Dr. Adu Owusu Sarkodie says raising the policy rate by the Monetary Policy Committee (MPC) of the Bank of Ghana (BoG) to 14.5% in November 2021, will help slow down inflation but is also likely to affect the economy’s growth rate as well.

The rate had been maintained at 13.5% for two consecutive times in July and September 2021.

According to its Monetary Policy Committee press release, the Central Bank noted that the recent increase has been necessitated by the consistent rise in inflation.

The announcement of the increase in the monetary policy rate by a hundred basis points from 13.5% to 14.5% in November 2021, came at the end of the 103rd Monetary Policy Committee meeting.

The rate, which is of keen interest to businesses, does not only signal the rate at which the Central Bank will lend to commercial banks; it also subsequently influences average lending rates on loans to individuals and businesses.

Key amongst the reasons given for the increase in the policy rate was the persistent rise in inflation.

Headline inflation, according to the Central Bank’s Monetary Policy Committee press release, has risen consistently from the low of 7.5 percent in May 2021 to 11.0 percent in October.

In an interview with Citi Business News, a lecturer in the Department of Economics at the University of Ghana, Dr. Adu Owusu Sarkodie noted that economic growth could suffer on the back of the latest move.

“Obviously a higher policy rate will lead to an increase in interest rates, increasing the cost of borrowing, which will reduce investments and then make the overall effect on GDP negative. You also expect consumers to reduce consumption and turn to investment because in this case other instruments like treasury bills and government bonds will experience an increase in yield and will attract consumers and businesses and even foreign investors into the country. You would expect the effect of that to reduce the depreciation of the Cedi, increase exports and increase the yields on investments, with the overall effect of reducing inflation,” Dr. Adu Owusu Sarkodie said.

“So obviously the overall impact of the policy rate increase is that government expects a reduction in the depreciation of the Cedi which will fuel exports and a reduction in the inflation rate, but it will have an adverse effect in economic growth of this country. So it puts government’s projection of the GDP growth rate into some doubt,” he added.