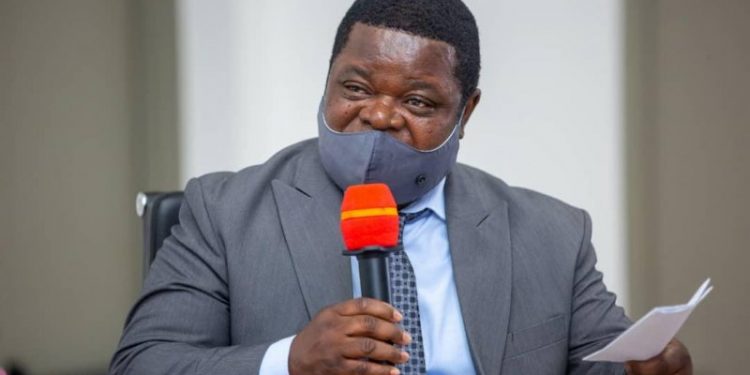 The Finance Minister, Ken Ofori-Atta is expected to present the budget statement for the 2022 fiscal year in Parliament on November 17, 2021.

Ahead of this presentation, stakeholders are hopeful that issues such as Ghana’s debt sustainability, illicit financial flows, unemployment, reduction of the revenue and expenditure gap, and many others will be addressed.

For economist Professor Peter Quartey, a growth rate target of 6 to 7 percent will be in order.

“One of the key areas should be the growth rate. We need to grow faster than we are currently doing. The economy is recovering, so a growth of 6 to 7 percent in the budget is within expectation. If you want to significantly reduce poverty, you have to be growing at a much faster rate,” he said to Citi Business News.

The International Monetary Fund (IMF) earlier in the year revised its growth rate projection for Ghana to 4.7 percent; a 0.1 percent increase from the initial 4.6 percent projected for the year 2021.

According to its October 2021 World Economic Report, Ghana’s growth rate will be higher than Sub Saharan Africa’s regional average of 3.4% in 2021.

The IMF’s forecast falls in line with the World Bank’s projected growth rate figure of 4.9%. Government in its 2021 mid-year budget presentation on the other hand showed more optimism in the prospects of the economy by revising its real GDP growth rate target from 5% to 5.1%.

Ahead of the 2022 budget statement and economic policy reading on November 17, Prof. Quartey, is hopeful government will announce measures that will facilitate a faster growth rate which will translate into rapid improvement in the livelihood of the people.

He further called for policies that will reduce the revenue and expenditure gap in the country’s economy.

On unemployment, Prof. Quartey believes the upcoming budget should touch on the worrying phenomena.

Recent happenings including the mad rush for recruitment into the country’s security agencies and the massing up of teeming youth at the Accra International Conference Centre to seek jobs at a Youth Employment Agency job fair have sparked conversations about the levels of unemployment and the desperation of many to find jobs.

“I would want to see measures; how many jobs have been created and how many are we likely to create in the coming years. That will be very soothing to the ears of the young, teeming youth who have graduated from various institutions of higher learning with a lot of energy and want to translate that energy into some productive use.”