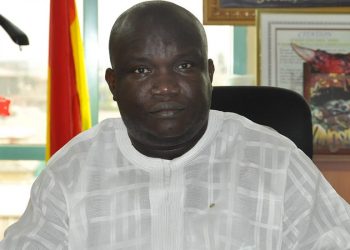 The Ghana Chamber of Telecommunications says the electronic transaction levy has the potential of undoing the gains made in digitising the economy.

According to the Chamber, this policy initiative is at variance with steps taken by members to improve financial inclusion.

The decision to slap a 1.75% tax on electronic transactions has been met with fierce opposition from a number of Ghanaians.

For many, this is a deviation from the government’s efforts at digitising the economy.

The move is described as one that will only worsen the plight of Ghanaians.

Electronic transactions have seen consistent growth over the years in the country, with the total value of transactions for 2020 estimated to be over GH¢500 billion compared to GH¢257 billion in 2019.

And according to the government, the underpinning rationale for initiating the electronic transaction levy, also known as the e-levy, is borne out of this development.

The government plans to use a portion of the proceeds from the levy to support entrepreneurship, youth employment, cybersecurity, digital and road infrastructure, among others.

But many believe this new tax will erode gains made in the financial inclusion agenda.

The Ghana Chamber for Telecommunications, for instance, fears that efforts to get e-cash to emerge victorious over the cash economy will go to waste.

CEO of the Chamber, Dr. Ken Ashigbey, tells Citi Business News the tax will increase the cost of engaging in electronic transactions.

“For example, if I go to buy my waakye and there’s a QR code there. If let’s say the charge is GHS1.00, then it means apart from the GHS1.00, I’ll be paying 1.75 pesewas as tax. Then my colleague will come and take cash from his pocket and pay only GHS1.00, definitely, the rationale being would now start paying cash,” he lamented.

“So the thing that we’ve been trying to correct where people withdraw money from ATMs and pay cash will continue. So there’s the risk of double taxation. There’s the risk of making products that are purchased electronically more expensive.”

Dr. Ken Ashigbey, however, says the announcement came as a surprise as there were no prior engagements.

He, however, noted that the Chamber is looking forward to engaging the government and other stakeholders on the tax.

“Prior to the announcement, there had been no immediate engagements to discuss this. But the Minister made mention of the fact that there’ll be engagements with industry, so our hope is that this engagement with regulators will determine how this tax will be implemented in such a way that the marginal returns for Ghanaians as a whole will be positive”.

G-Money’s ‘Be a Gee’ Campaign launches in Kumasi