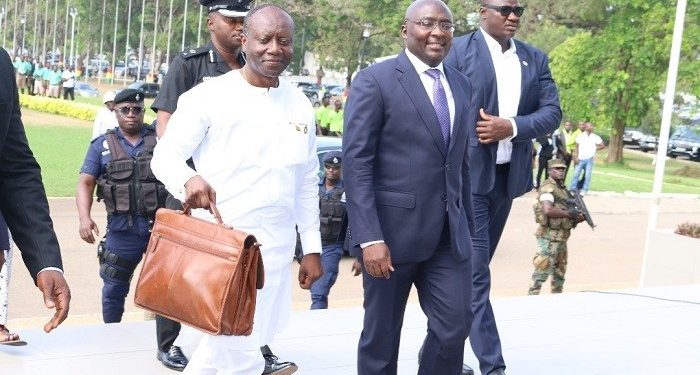 The government’s Budget Statement and Economic Policy for the year 2022 is expected to be presented in parliament today, Wednesday, November 17, 2021, by the Finance Minister, Ken Ofori-Atta.

This will be the sixth budget of the Akufo-Addo administration, in accordance with Article 179 of the 1992 constitution.

Many await the presentation of the 2022 budget with bated breath.

Over the past few weeks, the business community and other stakeholders have presented their views on what they expect the budget to focus on.

While motorists are expecting the withdrawal of some petroleum taxes to ease the constant increment of fuel prices, traders among others are also calling on the government to announce proper strategies to tackle unemployment in the country.

There are already several demands on things the government must do, including demands from aggrieved Menzgold customers for a relief package for them in the budget.

What analysts have said

Eonomic analysts want Ghanaians to lower their expectations of freebies in the 2022 budget.

According to them, this is due to the fact that the Ghanaian economy at the moment is broke.

The Director of Business Operations at Dalex Finance, Joe Jackson, and the Editor of the Goldstreet Business newspaper, Toma Imihere on Point of View on Monday, said the economy is in a dire situation, and that urgent steps must be taken to inject capital to sustain it.

Joe Jackson said, with the inadequacy of revenues raised, high debt servicing rate, and the huge borrowing of the government makes it difficult to announce interventions meant to cushion citizens.

Toma Imihere said Ghana’s reputation on the bond market has waned and steps must be taken to restore investor confidence in the country’s economy.

He said Ghana’s recent adventure on the bond market did not turn out well and with very little, the government can do about it, it must consider other domestic options to get enough revenue to finance its planned projects and service its growing debts.

Some new taxes were introduced in the 2021 fiscal year, while some already existing ones were adjusted upwards as part of plans towards the economic recovery of the country.

Some Civil Society Organizations raised concerns about some of these taxes, arguing that they could stifle growth as businesses continue to grapple with the impact of the pandemic.

The Spare Parts Dealers Association of Ghana has called on the government not to introduce new taxes in the impending 2022 budget.

The government should also look at reducing the number of tax exemptions granted to individuals and corporate entities.

However, the Director of the Institute of Statistical Social and Economic Research (ISSER), Professor Peter Quartey, is calling for the scrapping of some nuisance taxes introduced in the previous budget.

Professor Peter Quartey believes some of the taxes introduced did not live up to expectations with respect to revenue mobilization and should be scrapped.

He further advised that if new taxes are to be introduced, they must be substituted with the unproductive ones earlier introduced.

2022 budget: high lending rates in the country must be addressed- TAGG

FirstBank to hold group board retreat in Ghana

FirstBank to hold group board retreat in Ghana