Government to announce uniform purchasing price for cashew in December The Minister of Agriculture, Dr. Owusu Afriyie Akoto is expected to announce, for the first time, a uniform purchasing price for cashew in December this year.

The Chief Executive Officer of the Tree Crops Development Authority, Emmanuel Agyapong Quaitoo disclosed this in Sunyani during the annual conference and inauguration ceremony of the Cashew Traders and Exporters Association of Ghana.

“We were inaugurated on the 29th of September and within that short period we expected the TCDA to come out with a price of cashew. We looked at all these factors and noticed that couldn’t do it at that time. As a marketing person, I know that before you price the product, the product must be defined. At that time, we didn’t have the definition of raw cashew nut. No authority had done that. .

So my first promise was that, we are first defining the qualities and standards of cashew, It is only when we do that, that we can price it. As I speak to you, through the help of GIZ, and the benevolence of Ministry of Agric they sponsored the definition and standardisation of cashew. And they have also defined what a kernel of cashew is by Ghana Standards Authority. However,  I am not the one to announce the price. It is on the table of the Minister for Food and Agriculture and in December we will fix a date. I know definitely, he will come here to announce a price for you,” he said. 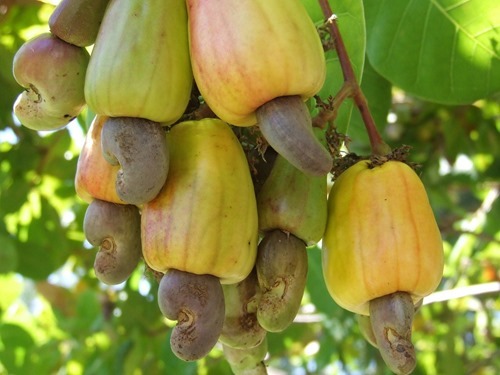 The Chairman of the Cashew Traders and Exporters Association Ghana, Alex Owusu Adjei on his part called on Government to give financial support to processors in the country to enable them add value to the beans.

The purchasing price of Cashew has over the years brought misunderstanding between cashew farmers and buyers in the country. The fixing of a purchasing price for Cashew would go a long way to reduce the rift that exist between the two parties. Cashew is currently one of the country’s leading non Traditional export earners.

According to data from the Ghana Export Promotion Authority (GEPA), Cashew nut was among the top 10 leading Non-Traditional Export (NTE) products in 2019 with a value of about $240 million dollars, and was the only agricultural product that made it to the top 10.

Over the years the pricing of cashew nut has being a major challenge. This has resulted in a rift between farmers and buyers of the commodity. In 2020 for instance, the price per kilogram of Cashew dropped as low as 2 Ghana cedis.