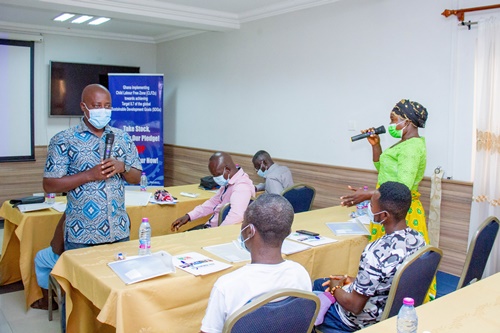 The Ministry of Employment and Labour Relations (MELR) has held a three-day workshop to train Community Child Protection Committees (CCPCs) on child labour in the Ashanti Region.

The workshop is under the Trade for Decent Work Project (T4DWP) championed by the International Labour Organisation (ILO) and the European Union (EU).

Child labour and its worst forms remain one of the biggest concerns and challenges to human rights worldwide.

This demeaning act has deprived millions of children access to adequate health, basic freedoms, rights and leisure. They are also prevented from acquiring relevant numeracy, literacy, technical and vocational skills thereby limiting their opportunities to transitioning into decent work and contribute to the economic development of their countries. 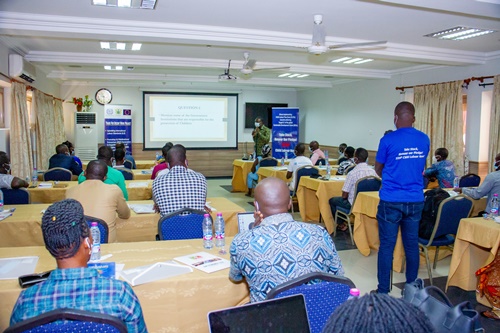 This phenomenon has emphasised the need to intensify efforts towards the attainment of target 8.7 of the Sustainable Development Goals (SDGs) which calls on all members to “Take immediate and effective measures to eradicate forced labour, end modern slavery and human trafficking and secure the prohibition and elimination of the worst forms of child labour, including recruitment and use of child soldiers, and by 2025 end child labour in all its forms”.

Ghana over the years has demonstrated enough commitment towards the fight against child labour particularly through the enactment of legislation and the adoption of relevant international instruments including the United Nations Convention on the Rights of the Child and ILO Conventions 138 and 182.

The government in collaboration with partners has also designed and implemented numerous interventions to fight child labour and continues to identify other strategies to facilitate the elimination of child labour in Ghana.

One strategy that has been tested by the government and partners is the use of Community Child Protection Committees (CCPCs) to address child labour in the communities.

Considering the crucial importance of the CCPCs in the child labour fight, the government deems it extremely important to train the members to enhance their understanding of basic child labour concepts, legal frameworks and laid down steps for the identification, referral and remediation of children in child labour and at risk to available interventions. 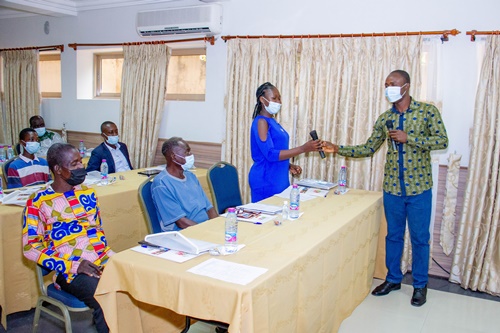 Addressing journalists on the sidelines of the three-day workshop in the Ashanti Region, National Project Coordinator Trade For Decent Work, Madam Akua Ofori Asumadu said the goal is to equip the members of the CCPC on the basic concepts in child labour, apprise them on the laws and regulations of child labour and child protection in general and train them on the SOPs on Child Labour prevention.

“So we hope that at the end of this workshop, when they go back to their communities they will be able to identify what child labour is, identify people who are perpetrators, and also engage other community stakeholders including children so that they can identify child labour themselves and also educate their parents and colleagues,” she said.

She noted that although child labour is found in various sectors, it is prevalent particularly in cocoa-growing regions thus the need to organize these workshops to train members of CCPCs from the Eastern Region, Ashanti Region, Ahafo Region, and the Western Region.

She further noted that all activities that are harmful to children are being looked at and will be included in the Hazardous Activity Framework to be implemented by the Ministry of Employment and Labour Relations once approved by cabinet.

The workshop in the Ashanti Region engaged three communities in the Konongo Municipality, namely Apebourso-Agyareago, Amerfa–Kyekyewere and Duase.

The workshop follows a similar one held from November 15 to 17 in the Eastern Region. That training had members of CCPCs from two communities in the Juaben North District, namely Baasare Nkwanta and Suhyen-Mpaem selected to benefit.