PRMA must be reviewed to restrict government’s use of oil money – Dr. Antwi 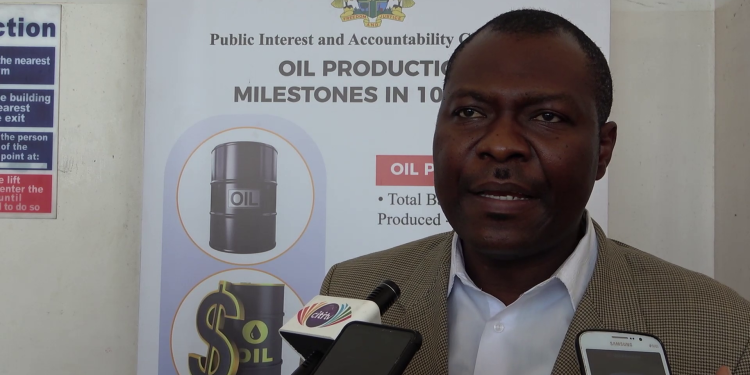 The Vice Dean of the School of Graduate Studies at the University of Professional Studies, Accra, Dr Samuel Antwi is calling for a review of the Petroleum Revenue Management Act (PRMA) to further regulate the government’s expenditure of funds generated from the sale of the country’s oil.

He argued that the government under the current Act has too much of a leeway to put the revenue to use in areas it considers priority which is might not be in the best interest of the country.

The Petroleum Revenue Management Act was introduced right after Ghana discovered oil to provide the framework for the collection, allocation, and management of petroleum revenue in a responsible, transparent, accountable, and sustainable manner for the benefit of the citizens of Ghana in accordance with Article 36 of the Constitution among others.

Despite the detailed and elaborate nature of the law to regulate how funds generated from the country’s oil fields are used, Dr. Antwi believes the legislation in its current state is just not living up to the task.

“Petroleum revenue act gives a lot of room for the government to spend the oil revenue monies. In fact, we have been a little bit worried about the way the government has spent the money. $6.9 billion is enough to put our country on a very high level in terms of development.”

Dr. Antwi is not alone on these concerns.

The Public Interest and Accountability Committee (PIAC), had earlier indicated that Ghana was likely to miss the major benefit of the oil and gas resources if the current regime of spreading insignificant oil money across numerous projects remain.

But beyond lamenting about the situation, what could be the way forward?

Dr. Antwi stressed that “We are not seeing that, and we think that, the petroleum revenue act should be looked at again where the law should tighten the arm of government to put the money into more development projects which will improve the worth of Ghanaians.”

“The law should give citizens enough opportunities to make suggestions into how oil revenues are being used. Look we should take out this huge portion of budgetary support which is only into recurrent expenditure. The government picks it, use the money, end the story. We have nothing to show for the last ten years of picking 6.9billion dollars from our oil revenues.”

Dr Antwi spoke to Citi Business News on the sidelines of PIAC’s engagement with tertiary institutions as part of its 10-year anniversary itinerary.