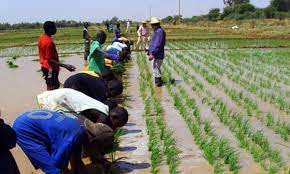 The association had long advocated a reversal of the policy saying such a move will help in improving the fortunes of the local rice industry.

According to the Rice Millers Association, the implementation of the 50% benchmark policy over the last two years has led to the shutdown of most local rice mills. They contend that those in operation are also producing at less than half their capacity.

The benchmark value reduction policy was introduced in 2019, to among other things reduce smuggling at the ports and shore up government revenue.

Following agitations from a section of the business community, the government recently reversed the policy. The claim was that the benchmark policy rendered imported goods cheaper than those produced locally.

All items under the 32 categories currently enjoying port clearing discounts will no longer enjoy that special dispensation.

In a Citi Business News interview, Convener of the Rice Millers Association, Yaw Adu Poku said the government should do all it can to support the local rice industry.

“We fought a good fight, not because of our selfish interest; we fought for the good of all.  Now when the list came, rice has been taken out, rice is not part of the benchmark recipients and we are wondering how it came about because rice was number two on the list, first was sugar, the second was rice and I want to believe that until it got to GRA rice was still on the list, now we can’t find where rice is and I am very disappointed. We are hoping that this is not a deliberate situation, that it is an oversight; if it is deliberate then we have done the whole nation wrong” Yaw Adu Poku said.