Some transport operators threaten to withhold their services from Thursday Nov. 11 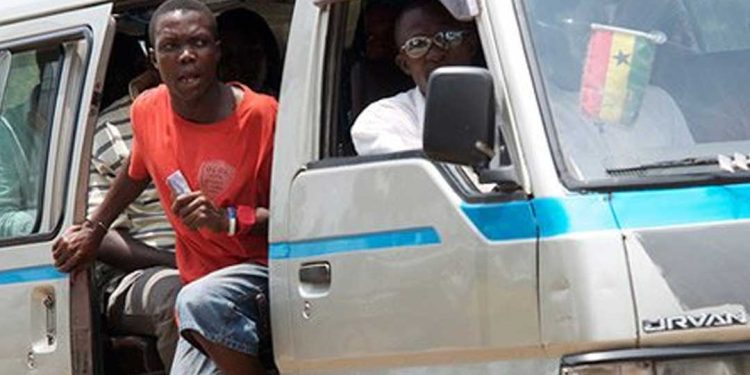 The Concerned Drivers Association with support from other stakeholders including the Tipper truck drivers Association and the Okada Riders Association are threatening to park their vehicles and motorbikes from 3pm on Thursday, November 11, 2021, if they do not get a favourable response from the government, concerning their request for some taxes and levies in the price build-up of fuel to be scrapped.

Some of the levies and taxes include the Price Stabilization and Recovery Levies, Special Petroleum Tax, BOST margin among others.

They made the remarks at a joint press conference held in Accra.

The press conference which was called under the umbrella of the Private Road Transport Commercial Operator Union and the Chamber of Petroleum Consumers comes on the back of months of agitations by multiple stakeholders in the transport sector over the continued rise in the price of fuel a the pumps.

A litre of Petrol and Diesel which started the year at around GHC 4.90 pesewas is currently going for GHC 6.90 at the pumps of top oil marketing companies. This represents an increase of over 40 percent.

According to Godfred Abulbira, the General Secretary of the Ghana Private Road Transport Union (GPRTU) drivers are not in favour of increasing transport fares ahead of the Christmas Season hence the call of the coalition of transport operators for the scrapping of some taxes and levies found in the price build-up for fuel at the pumps.

“It’s just about another call on the government to pay heed to our request, to scrap off some of the taxes we’ve highlighted so that the price of fuel at the pumps will come down.”

Mr. Abulbira added that a meeting with the government was in the works to see how best the concerns of the drivers can be addressed.

On his part, the National Chairman of the Concerned Drivers Association William Osei, while speaking at the same press conference maintained that all commercial drivers with support from other transport operators will park their vehicles and motorbikes from 3 pm on Thursday if they do not hear a favourable response from the government.

“We came to a conclusion that government must scrap the five taxes placed on petroleum products. If the government does not heed to this, from 3 pm on Thursday until Monday we will order our drivers not to work. That’s what we all agreed to. If we do not hear anything from the government we will continue with our action. So, from Thursday, every driver should park their vehicles until the government meets our demands. We want the government to reduce the taxes because we produce oil here in Ghana and the government makes a profit out of it, so government should use the profits to help us. Before we agreed to increase fares the last time, we went into an agreement with the government that they will not increase fuel prices up till December, but this is not the case.”