E-levy; Telco’s must scrap charges on transfers ahead of implementation – Dr Ampaabeng 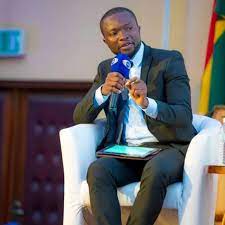 As the conversation of the electronic transaction levy continues to hang in the balance in parliament, Tax consultant, Dr Alex Ampaabeng is proposing the scrapping of charges on all mobile money transactions.

Dr Ampaabeng believes the removal of the charges by telcos will make the implementation of the levy by the government less burdensome for consumers.

He said he really does think “all transfer charges to telcos must seize. In that case, I’m sure Ghanaians will be willing to talk to the government on the e-levy if the position is still where the government wants to go.”

In his argument, Mr Ampaabeng likened electronic transfers to walk-ins to the banks to deposit monies into other people’s accounts and as the banks do not charge for such services, telcos must do the same.

The electronic transfer levy, which was introduced in the 2022 budget, is a 1.75 per cent tax to be charged on all electronic transactions above gh100 a day and 3000 per month. The moves form part of the government’s efforts to increase its revenues.

But some stakeholders including the minority in parliament have kicked against the move stating that it will erode the gains made in the country’s cash lite agenda and further worsen the plight of Ghanaians.

There was recently a brawl in parliament over the passing of the e-levy.

The minority in parliament have been adamant in their position on the e-levy and have refused to sit at the table for a compromise.

However, not everyone is entirely against the levy.

The institute of statistical social and economic research (ISSER) believes the policy will widen the tax bracket, rope in the informal sector and help increase the government’s revenues.

It however insists the 1.75 per cent rate is high and must be reviewed.

Others like the Association of Mobile Money Agents stressed that the move will be bad for their business.

The recently suspended an intended strike and demonstration against the controversial e-levy.

The demonstration was scheduled for Thursday, December 23, 2021.

The Association said the decision to suspend the protest was premised on the fact that Parliament is on recess and unable to receive their petition and also the fact that the police could not guarantee their protection during the demonstration.