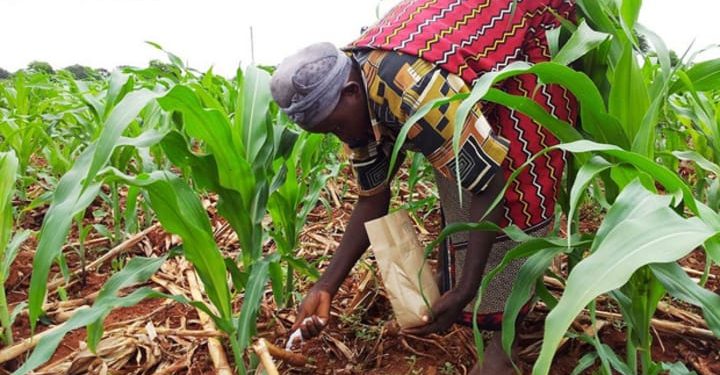 The General Agricultural Workers Union (GAWU) is urging the government to ensure there is enough fertilizer for the country’s next major planting season. They further want the government to put in place adequate measures to prevent the smuggling of the product.

The agricultural sector has been plagued with a number of challenges in the past years, prominent amongst them is the issue of fertilizer. According to the Planting for Food and Jobs Secretariat, of the Ministry of Food and Agriculture, Ghana lost a whopping GHS120 million to unaccounted for fertilizer, diversion of coupons and fertilizer smuggling in the 2017 and 2018 planting seasons. Subsequently, there were reported shortages of fertilizer nationwide.

The Chamber of Agribusiness Ghana has warned of an imminent increase in food prices in the country due to rising prices of fertilizer worldwide.

According to the chamber, rising prices of fertilizers is causing shortages worldwide and is likely to impact the production of food in the country, especially as Ghana is a net importer of fertilizer.

In a statement, the chamber said prices of cereals and grains are expected to increase significantly from the first quarter of 2022

Another sector of the country’s agricultural sector that has gone through major challenges is the poultry industry. The Greater Accra Poultry Farmers Association in July this year warned the industry risked collapsing due to a shortage of maize that was needed to prepare feed for the birds.

This was followed by an outbreak of bird flu which resulted in the killing of over ten thousand birds.

In an interview with Citi Business News, General Secretary of the General Agricultural Workers Union, Edward Kareweh said the government must do all it can to avoid a repetition of these challenges.

“Government will have to make the resources available and pay for the needed fertilizer before the next major planting season. The next thing has to do with fertilizer smuggling. Industry reports indicated that in 2021 so much fertilizer had been smuggled out and they were attributing it to new ways of smuggling where donkeys were carrying these fertilizers across the borders of the country and I think that this is very serious in the sense that we cannot use the hard-earned taxes to import fertilizer, subsidize it and then allow it to be smuggled out, that alone is sabotaging agriculture in this country”.

On what to do to improve the celebration of the day itself, Edward Kareweh said the process in which the best farmers are chosen should be more transparent.

” There have been challenges regarding the selection of awardees and then also there are instances where farmers have returned the awards to their awards because they believe that those awards were not appropriate and they do not need them and there have also been complaints that people who have had awards do not deserve them, so the whole process should be made more transparent and they should also factor in the actual needs of the farmers”.

The theme for this year’s celebrations is Planting for Food and Jobs – Consolidating Food Systems in Ghana.