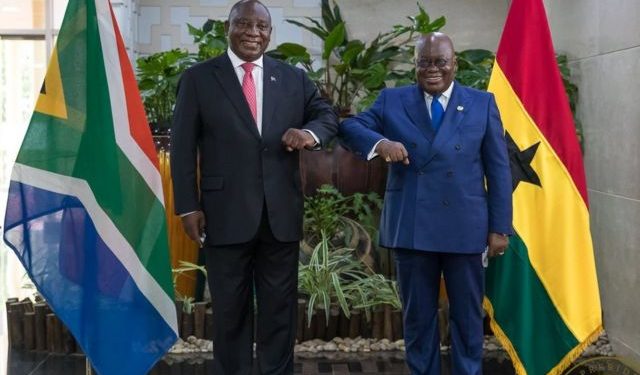 The Presidents of Ghana and South Africa have called for increased trade between the two countries as the first year of the implementation of the African Continental Free Trade Area (AfCFTA) comes to an end.

The remarks were made by the two heads of state at the Ghana – South Africa Business Forum in Accra over the weekend.

While delivering his address at the forum as part of his state visit to Ghana, South African President Cyril Ramaphosa noted that in 2020, the trade volumes between Ghana and South Africa reached a little over R14 billion or about $ 870 million.

To correct this imbalance, President Ramaphosa stated that there was a need to develop the manufacturing capacities of both economies while also calling for an increase in trade between the 2 countries. “The task before us is to actively seek out trade and investment opportunities beyond our borders – not in Europe, Asia or the Americas, but with our neighbours and on the continent. One sector with growth potential is pharmaceuticals.”

On his part President Akufo-Addo said, it is important for increased interaction between the business communities of both countries to unearth areas of profitable collaboration. 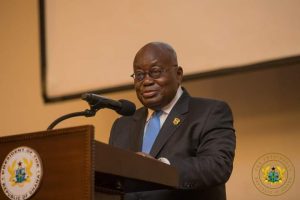 “We obviously need to pay attention to the matter of trade balance between our two countries, but for me, the most important thing is that the trade should go on. In the end, the balances will correct themselves, I have no doubt. The important thing is that we can find out from these interactions the areas where we can profitably collaborate and partner.”