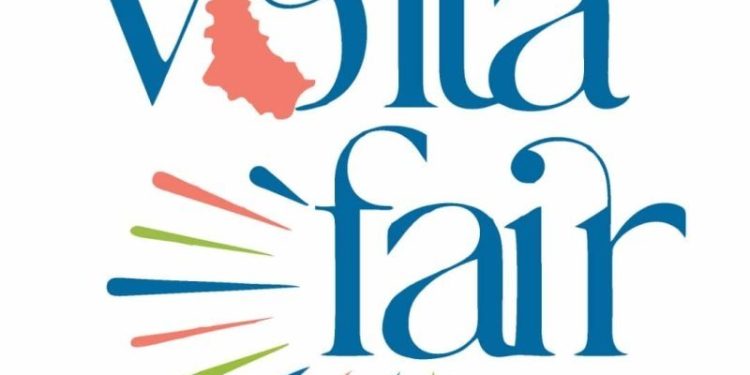 Some exhibitors and patrons who participated in the 2021 Volta Trade and Investment Fair have expressed satisfaction with the expo which ended on Sunday, November 28.

They disclosed to the media, in separate interviews at the event, that the fair had met most of their expectations met.
Mr Pascal Kwadzovi, Assistant Commercial Manager of Diamond Cement at Aflao, said they came to the fair with expectations of networking and collaborating with other businesses.
Mr Kwadzovi said their focus was beyond sales but creating the awareness that Diamond Cement is the best in Ghana and beyond. 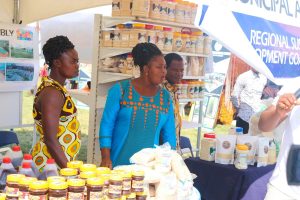 “Some visitors too took the time to understand the process and the things we use for our end products and we are happy for the experience. We will be part of it next time,” he said.
Mr Peter Osah, a member of Jetour Company, a Chinese car manufacturing Company and a first-timer at the fair said, the event was great even though they couldn’t make a lot of sales.
“For us as a first-timer and a new company, it is about networking, collaborating with others and to see other people’s ideas for our business.” 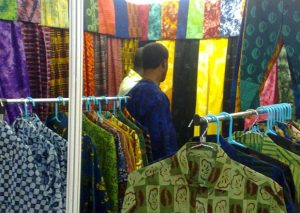 Mawunyo Otoo, Marketing Manager of Golden Pot, a local exhibitor with products such as shittor and Ginger powder, said participating in the Volta trade fair for the first time had helped position his brand in the local business environment.
He said the patronage had been encouraging but there was the need for the event organisers to fix a proper date to make way for salary or public sector workers to get paid before the end of the event.
“This will help us know whether we are doing right or wrong so you can work on yourself to be better in what we are doing,” he said.
Also, Madam Ruth Enam Adordie, the Head of Marketing at Lifestyle Farms and Agro Investment Limited, producers of mini agricultural equipment, Agro processors, and Agribusiness oriented company, said her organisation was looking forward to the aftermath of the trade fair and engagements they had at the fair. 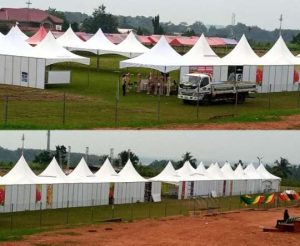 She said many people came to their stand, and that it was a good opportunity for them to grow their brands on the Ghanaian market.
However, Mrs Adordie appealed to the organisers to position the fair on a better date next time to make it all-inclusive participation.
“Government workers could have helped make more sales but the timing was bad,” she said.
During a cross-section of the over 300 exhibitors the GNA interacted with, many said the fair gave them a platform to showcase their goods and businesses.
Madam Dogbeda Abotsi, a food vendor, said she really made sales throughout the entire event.
The GNA also saw many visitors, including town residents, patronising services including drinks and foods afternoon hours.
In a related development, Mr Martin Weto Ameza, a visitor, said he attended the fair, not only to buy cheap products but to ensure that he got original and durable products, and also to network.
The Volta trade fair, which started on Monday, November 15, was officially brought to a close on Sunday, November 28.
The event, which was organised by the Association of Ghana Industries (AGI), Volta, in partnership with the Volta Regional Coordinating Council (VRCC) under the patronage of Dr Archibald Yao Letsa, the Volta Regional Minister, and others, was planned to host more than 10,000 visitors and over 300 exhibitors across Volta region, Ghana and beyond.

On their part, Dr Letsa said the fair was a successful one and further expressed appreciation to supporters and partners for their concern towards reviving the economy for growth and prosperity for all.
There had been several seminars, historic activities such as Diplomatic tree planting in the Ho Municipality, hearing of the profile of the various Municipal and District Assemblies, youth mentorship programme, musical concerts, Agri-Business and networking meetings, Diplomatic visits by country Ambassadors, coupled with visits to some tourist sites, and Awards dinner.
The theme of this year’s trade fair exhibition was: “Creating Enabling Environment for Agri-Business, Tourism and ICT Companies.”
The fifth event was held at the Ho Sports Stadium, the Volta Regional Capital.
Thousands of visitors, including families, were seen visiting the stands in the evenings to entertain themselves.
ADVERTISEMENT
Source: GNA
Tags: Trade and investmentVolta Trade and Investment Fair
Previous Post