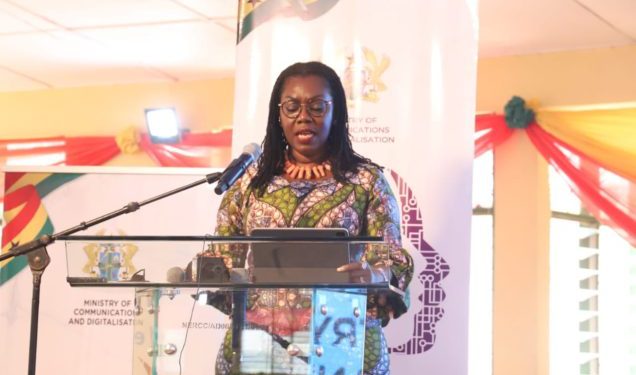 Communications and Digitalisation Minister, Ursula Owusu Ekuful believes the 1.75 percent tax on electronic financial transactions, also known as the E-Levy when compared to other taxes introduced in Ghana, is the lowest so far.

She made this claim during the maiden edition of government’s town hall meeting on E-Levy held on Thursday, January 27th at Koforidua in the Eastern Region.

The townhall meeting, according to government is part of measures to engage the public and bring them to speed on the need to implement the policy, ahead of the relaying of the controversial 1.75 percent Electronic Transfer Levy in Parliament.

Speaking at the government’s town hall meeting in Koforidua, Ursula Owusu-Ekuful also charged Ghanaians to embrace the E-levy as it holds the key to solving the country’s unemployment and infrastructural problems.

The Finance Minister, Ken Ofori-Atta also assured that government has put in place mechanisms to ensure monies accrued from the E-levy are used judiciously.

“Let’s really hold our MPs feet to the fire to let them know that we understand who we are as a people, a proud nation who want to pave their own way.”

The E-Levy has been vehemently opposed by the minority and other stakeholders.

While many have raised concerns about the extra burden the E-levy will put on Ghanaians, others have also questioned how government will account for monies accrued from the levy.

Government is projecting $1.15 billion returns from the imposition of the proposed 1.75%.