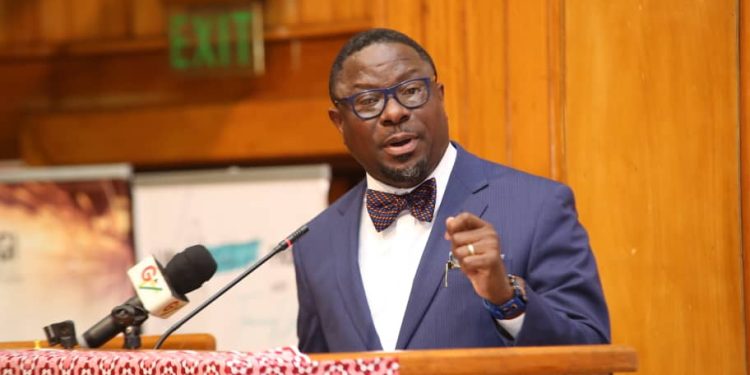 The Association of Ghana Industries (AGI) has asked the government to be bold and maintain its decision to reverse the discount policy placed on benchmark values.

It said the government must ensure that it followed through with its intention to reverse the discount policy from January 17 onwards to help spur industrialisation.

Addressing a press conference in Accra on January 10, the President of AGI, Dr Humphrey Ayim-Darke, said the government must remain focused and unwavering in its Industrial Transformation Agenda and decision to implement the policy.

The charge from the advocacy body for manufacturers followed a series of suspensions suffered by the intended reversal of the policy that discounted the values placed on imports by 30 per cent and 50 per cent for the purposes of charging duties.

Dr Ayim-Darke said after more than two years of implementation, evidence abounded that the policy had failed to achieve its intended purpose with data showing that neither imports volumes nor duties had improved.

Instead, the association said the policy had cheapened imports and dampened demand for local substitutes, leading to the collapse of local manufacturing companies.

It cited domestic companies who were into cereals, poultry, cooking oil, plastics, beverages and other local produce as victims of the policy.

The president stated that while a number of countries offered export rebates to their firms to develop export trade, Ghana’s benchmark discount policy offered universal import rebate that only promoted importation and that policy distorted the micro and macro-economic fundamentals.

“Guided by the overarching framework of Ghana’s industrial transformation agenda, one district, one factory (1D1F) initiatives, Planting for Food and Jobs, Fertilizer subsidy and Ghana’s export development agenda, the AGI believes the benchmark discount policy in its current form runs counter to the government’s own agenda to industrialise.

“Investor confidence is waning, and no investor would like to invest in a real sector that is currently exposed to the influx of imports as we have,” he said.

Mr Darke stated that industrialisation was so central to Ghana’s economic liberation that it could not afford to sacrifice industrial initiatives for such short-term gains that served the interest of few importers.

“This policy is very regressive and will be most unfortunate if maintained in its current form. We wish to emphasise that it is the sustainable jobs that will give economic empowerment and generate domestic revenue.

“The exigencies of local manufacturing became more prominent with the outbreak of the COVID-19 pandemic.

“With the disruption of global supply chains, high cost of raw materials and freight during the pandemic, we all saw the need to quickly scale up the development of our local supply chains. Today, we are all complaining of the rising cost of freight,” he said.

The president stated that the more dependent the country was on imports, the more likely it was to bear the brunt of such high freight costs and the reverse held true.

He said the AGI supported economic cooperation and multi-lateral trade, the reason why Ghana had signed a number of trade agreements.

“But we also note that signing of trade agreements such as AfCFTA and the interim Economic Partnership Agreement (iEPA) alone will not guarantee the gains we desire.

“These will only be meaningful if we build local production capacity to create jobs and export,” he said.

He said the AGI supported the application of the policy to selected items of national priority only.

“Manufacturers are finding it difficult to retain their employees, with such influx of imports at cheap prices displacing their products on the market.”

He added that the benchmark discount policy in its current form could worsen the unemployment situation.