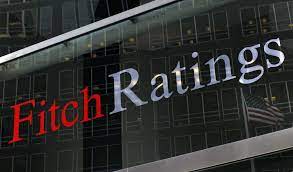 International rating agency, Fitch, has projected that the electronic transaction levy will help increase government revenue to 20 percent of GDP in 2022.

The 1.75% electronic transaction levy, also known as the e-levy, has become a controversial subject in the country, with both sides in Parliament sharply divided over its approval.

While the Majority is fully in support of the levy, the Minority wants it rejected.

At the moment, the e-levy bill has not been approved, as it is yet to be resubmitted to Parliament.

But the government is bent on having it passed because it expects to raise about GH¢7 billion in tax revenue from the E-levy to tackle some socio-economic challenges.

According to Fitch, the e-levy, in addition to the new revenue measures introduced in the 2022 budget and the fading out of COVID-19-related expenditure, will boost the country’s revenue-to GDP ratio to 20 percent compared to an estimated 15.4 percent of GDP last year.

“The government’s fiscal consolidation plans are focused on revenue measures adopted in the 2022 budget, including a new 1.75% e-levy on certain digital transactions and changes to the calculation of certain taxes and import duties. The medium-term fiscal framework envisages that these new revenue measures, together with fading pandemic-related expenditure, will drive an increase in government revenue to 20.0% of GDP in 2022 from an estimated 15.4% in 2021,” Fitch noted in its projections.

The agency further forecasts that Ghana’s fiscal deficit will narrow by significantly less to 9.5 percent of GDP in 2022 and approximately 8.0 percent in 2023, as government revenue experiences a smaller margin of increase.

“Fitch believes that Ghana will achieve moderate medium-term fiscal consolidation, but that the government’s forecasts are overly optimistic. We forecast the fiscal deficit will narrow by significantly less, to 9.5% of GDP in 2022 and approximately 8.0% in 2023, as government revenue experiences a smaller increase. Ghana has struggled with earlier efforts to raise revenue/GDP and public finances were deteriorating even before the pandemic, albeit partly related to the clean-up in the financial and energy sector.”

Economist and lecturer at the University of Ghana Business School, Dr. Patrick Asuming has been speaking to Citi Business News on the development.

“The projection that the government has made in terms of proceeds from the e-levy is probably a little optimistic. We have witnessed the value of transactions and have made the projection that if you put 1.75%, this is how much revenue you make. I’m not sure whether they factored in the fact that in its current state, when the e-levy is imposed, it’s likely to lead to some change in behaviour.”

“I definitely expect that, on some level, the value of transactions might reduce. Some transactions may cease and along some lines where people might have other options, they’ll probably use alternative modes of payment. But that doesn’t change the fact that it’ll still raise substantial revenue from the e-levy. I’m just not convinced that they’ll raise the amount that they have projected,” Dr. Asuming further noted.