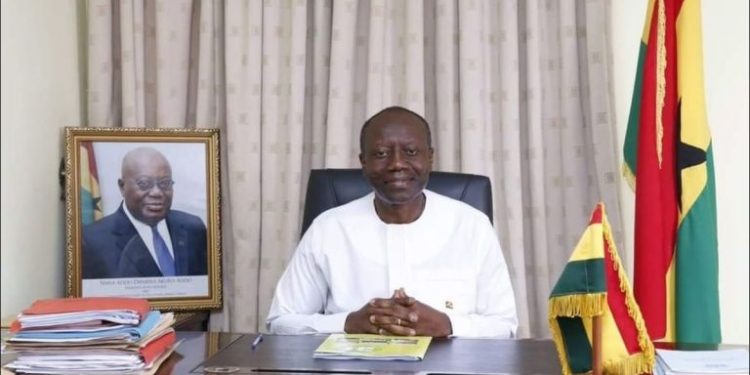 The Minister of Finance, Ken Ofori-Atta says following the conclusion of extensive consultations on the controversial Electronic Transaction Levy, the government is set to resubmit the Bill before Parliament.

Mr. Ofori-Atta said the government expects legislators to approve the document when it is put before Parliament later this month.

Voting on the levy led to chaos in Parliament as MPs were captured on tape exchanging blows. Opponents of the tax policy are demanding either a reduction of the rate or its total withdrawal.

The government has, however, not ceded to these demands.

But speaking at a press conference on Wednesday, January 19, 2022, the minister reiterated that the e-levy is a necessary tool to increase the country’s tax to GDP ratio.

“After extensive consultations, the e-levy will be re-submitted to Parliament this month. We look forward to joining hands with our Honourable Members of Parliament to approve the e-levy on a consensus basis, so we can collectively address the big issue of unemployment”, the Minister said.

On December 21, 2021, Parliament adjourned its sitting to January 25, 2022, without passing the controversial Electronic Transaction Levy of 1.75%.

It came after the house reconvened that day following the abrupt suspension of sittings by the Second Deputy Speaker, Andrews Asiamah, after a fight broke out during the voting on the levy.

Ofori-Atta said government officials will from tomorrow, Thursday, January 20, 2022, begin a nationwide public sensitization on the need for the introduction of the controversial e-levy.

According to him, officials, including himself, will personally engage citizens on the many policies and programmes the government will use the revenue accrued from the levy for.

He said the government is convinced about the need for the e-levy and how it encapsulates the idea of burden-sharing for Ghana’s development.

“Beginning tomorrow [Thursday], a team comprising myself, colleague Ministers, and other key members of government will embark on a public engagement and sensitization campaign across the country. We intend to communicate clearly on the proposed mechanics of the e-levy, its potential benefits to the people of Ghana within the spirit of burden-sharing that must guide us in our development efforts as we move Ghana Beyond Aid,” he said.

a. Mobile Money Transfers between accounts on the same electronic money issuer (EMI).

b. Mobile Money transfers from an account on one EMI to a recipient on another EMI.