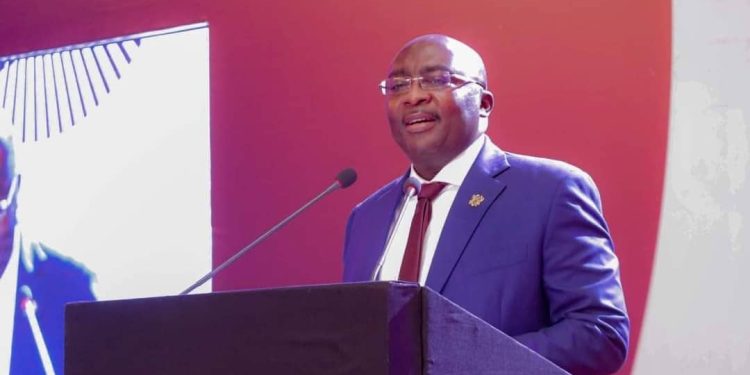 According to him, this will ensure the smooth and effective implementation of the Pan African Payment and Settlement System (PAPSS) as well as an increase in intra-African trade.

Speaking at the commercial launch of the Payment System in Accra, Dr. Bawumia also called for strict enforcement of the African Continental Free Trade Area, AfCFTA, and the regulatory framework for financial services to alleviate some of the challenges of regulatory divergence.

“We have also witnessed the negative effects of the Covid-19 pandemic on the economies across the globe, and more especially on the African economies. The pandemic continues to reverse some of the economic gains we have achieved and also brought to the fore sustainability of some of these interventions. Trade has also been impacted through disruption to supply chains of imports and exports of goods and services. The good news however is that we have seen increased consumer preference for digital payments, which we have to sustain for intra-African trade,” he said.

He further noted that increased intra-African trade will encourage industrialisation and local production, “because it is these ‘made in Africa’ products and goods meeting the rules of origin that will benefit from this privileged access to the continental market.”

Available trade statistics provided by the African Union in its Annual Trade Report of the year 2020 indicate that intra-African trade remains low, with an average of 13% for intra-imports and 20% for intra-exports over the period of the last seven years.

Though the share of intra-exports trade increased slightly, from 18.2% in 2013 to 19.6% in 2019, the value of total intra-African exports declined during the same period. These trade payments and relationships are also characterised by settlements involving foreign exchange use, which sometimes put pressure on African currencies coupled with issues relating to the speed of transactions, convenience and high cost of these transactions.

The Pan African Payment and Settlement System, PAPSS, was commissioned at the 12th Extraordinary Summit of the Assembly of the African Union (AU) on July 7, 2019 in Niamey, the Republic of Niger, as one of the operating instruments of the AfCFTA; an instrument to boost intra-African trade, stimulate industrialisation and promote sustainable and inclusive economic growth in Africa.

PAPSS is expected to connect the entire continent and handle instant payments in multiple African currencies and provide a settlement mechanism that creates trust within the ecosystem.